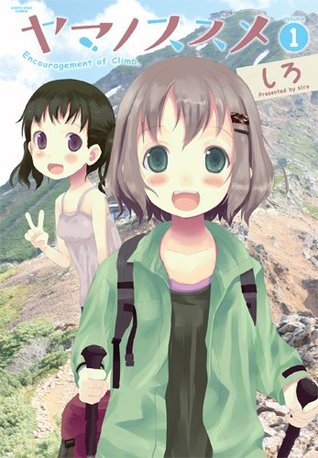 I watched the anime some time ago, and decided I would check out the manga, and see if it was just as good as the anime (and I was also curious about the whole: Did they adapt it right?).

While I did rate this one a 4 star, I am not sure if I will continue reading the manga. Don’t get me wrong, it was pretty good, but I had some frustrations, frustrations that I also had while watching the anime. Like the passive behaviour of Aoi who apparently just lets herself be dragged along any adventure no matter what. I know in the anime I kept wishing she would just say no for once. Instead she frets, worries, and just goes along with all the crazy stuff that Hinata drags her into.
Sure, she grows, and finds out that stuff isn’t that bad, but I am a bit worried that it takes another girl dragging her to stuff to grow as a person. That just can’t be good.
Then we have Hinata, a girl I hated in the anime, and sadly they apparently got her right in the anime, because in the manga she is just as bad. Someone should tell Hinata about boundaries, about NO, about FUCKING NO, GO AWAY. 😐
And there were a few other things that I didn’t like.

There was enough that I did like. I did like the mountain hiking, the getting prepared (it was informative), the information we got when they went to a mountain/prepared for it, I liked seeing both school and outside of that. It didn’t just focus on climbing or hiking, instead it also showed the lives of our girls beyond that. And that made it so much more fun.

The art however in this manga was well, not all too good, well to be correct; the backgrounds are gorgeous, the characters are pretty nice. But Aoi especially just look like she was going to kill and preserve Hinata’s (or anyone for that matter) body parts. Just those eyes. Those eyes we see countless times in certain anime/manga. The eyes of a Yandere/Tsundere. Like the girls from Higurashi, or Mirai Nikki. I was creeped out. I am sure the author meant to draw shocked eyes, or something like that, but sorry, instead of that I felt like I was watching an OVA of School Days. 😐 No thank you. No thank you at all.

All in all, this was a pretty decent manga, but with yandere eyes, still the same annoyances I had in the anime (they did a good job at adapting), I am not going to continue.

And I will leave this here. 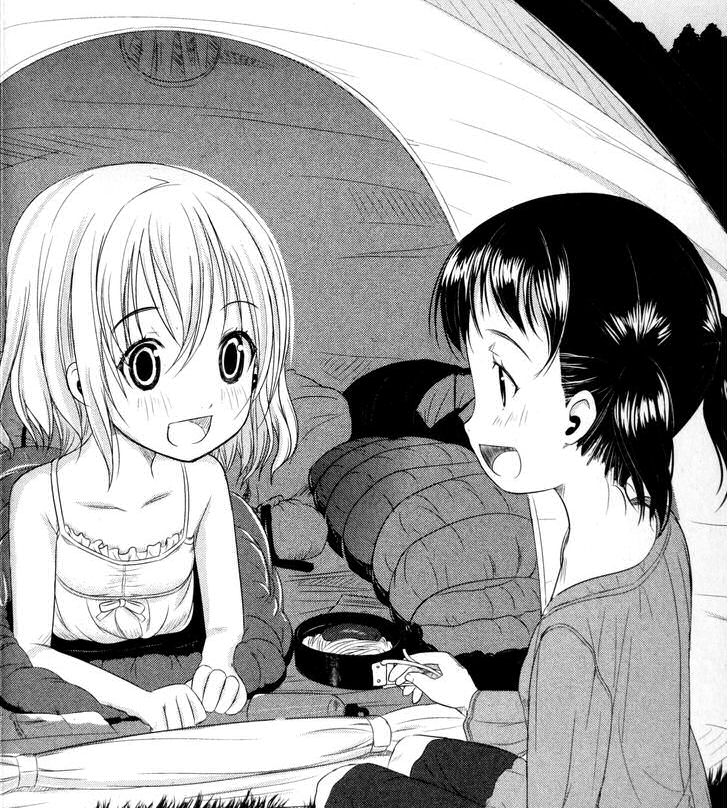 Why yes, Hinata, come into my tent, I got a surprise for you in here. Kukukuku.