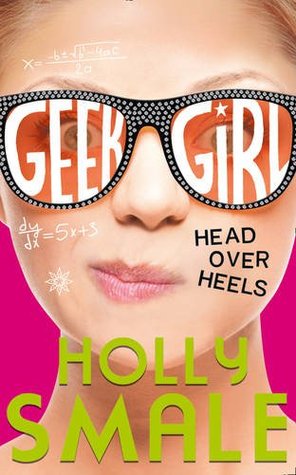 A new book in the series, and one that I really liked again! Mostly because we can finally see some minor growth in Harriet. Also because of what happened at the end which was long overdue (I knew from the start of the book what would happen).

Harriet is back, and she is (for most) her old obnoxious, how-the-hell-did-you-survive-16/17-years-on-earth. I mean, wow, I know some people aren’t really great at stuff like social, but Harriet tops the cake. Why did I rate the book high? Well, because it is fun seeing Harriet try to survive in this world, and also trainwrecks.
I just couldn’t get it that she didn’t see that organizing EVERYONE of her friends life was controlling, annoying, or not a good thing. Then again, I wish that the whole India stuff was handled better. Now it just felt weird and silly. Yes, I know she was hurt, but why didn’t she just talk about it with Harriet? Harriet is an idiot, but she can understand stuff if you explain it. Maybe take her best friend Nat and do it together. Running away, ignoring her, then being a bitch, is just bad.

Now I don’t want to talk about the social awkwardness any more. I want to talk about all the good things, and I will just put them in a list type, since I am not feeling all to well, but still want to tell people why I liked this book.
-Wilbur and all that Harriet did for him. Which was just amazing, wonderful, and cute. Go Harriet!
-The dad. He is always my favourite character, but he really shines in this one.
-The grandma. Oh my, she might seem a bit weak and old, but actually she is still young and springy. I just laughed so hard when she surprised Harriet a few times. And she also helped her out.
-The facts. Yes, while they did get a bit annoying to be featured EVERYWHERE, and getting in the story, I still loved reading them. Not that I will remember them, some people are walking random facts machines, but I tend to just forget them if I don’t use them. 😀
-The modelling!
-Rin! Rin is here and I was just so happy to see her again.
-The travelling.
-The cover.
-The ending. Ahhh, swoons.
-Harriet actually doing some effort to look normal.
-Harriet helping out her dad in a great, fantastic, sweet way.
-Harriet sister was just adorable, and it was fun to see that she came with Harriet a few times.

As you can see, a lot of good that really kicked away the not so good. 🙂 I just flew through this book and I can’t wait for the special that is coming out soon.