Definitely not one of the better books in this series. I was constantly frustrated at Dylan, and also at the adults in this book. 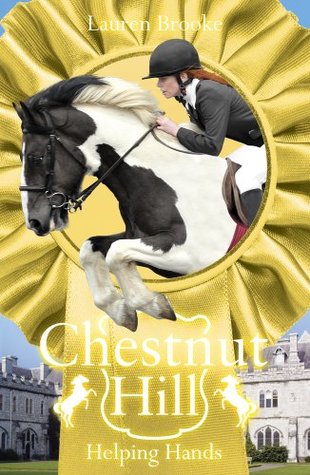 Dylan’s antics are getting a bit old for me. Everyone else seems to grow up, but Dylan just seems to be stuck being the same girl she was when the series just started. She seems to think it is still funny to do the stuff she does. Her impulsiveness is relatable (I am also really impulsive, however unlike Dylan I have learned that some stuff just shouldn’t be done), but yeah, I wish she would see that there are always consequences if you do something stupid, like the things she does in here. I find the punishment she is getting to be a bit lax. It doesn’t really set a good example to others that someone can just run away (even if it is for a good cause) and the only thing they get is a reward (since Dylan totally didn’t mind the second punishment she got, and the first punishment was also pretty lax). It is a shame.

Lynsey x Dylan, my Lord, can we please not. I know Lynsey is the worst girl ever (our resident mean girl, stalked by the dumb mean girl), but seriously, I just get crazy with all the stuff between these two. Lynsey does something, Dylan replies, and so yet another fight starts, and I am just rolling my eyes at the stupidity.

I also would have liked to see Lynsey grow up a bit, but it seems she just get worse and worse with each book. Sabotaging your own team? Making mean remarks about your own team, come on, girl… You are not making it better for anyone, including yourself.

She did some good stuff in this book, the things she did for Casey for example, well after she learned that deaf people are people too, those parts were just so cringe-worthy. It showed a side to Dylan we don’t see that often. It is mostly buried by her mischievous behaviour. I would have loved it if we saw more of Dylan that way. I really like that girl.
I also felt sorry for her for being the x number wheel when she went out with her friends. They all have boyfriends now, and she is the only one single. I can imagine how that must feel, and so I just wanted to cheer for her and tell her she will find someone someday.

What she said to Casey, and which caused the adults to become angry with her, sorry, I didn’t get it and why it was such a big deal. A little girl comes to her, worried she has to leave to deaf school, and all Dylan does is try to cheer her up and tell her she indeed heard something about Casey having to leave. I mean, that is no new information. So I don’t see why all the adults were raging about Dylan and what she said. She just tried to help out the girl, she tried to talk to her… 😐

There is also a lot of horse stuff going on in this book (duh!), and I was delighted that instead of constantly lessons for contests we had something different in this book. We had lessons for kids who lived in a care home. Which was just so much fun to see, how they started with basics and then slowly got to more difficult stuff.
You could also see the kids get better, and look forward to the lessons. I hope we will see more of them in the next books.

Of course we also have a big contest, and I was having fun reading about that one. Too bad about what happened in the middle of it, that was just too much.

The ending (and the whole fundraiser), I really loved that, and also how they handled the situation. Good job girls!

All in all, the book had some good parts, but yeah, considering this was all from Dylan’s POV it just got a bit annoying.

The next book is Malory, and I can’t wait to see how she is doing.