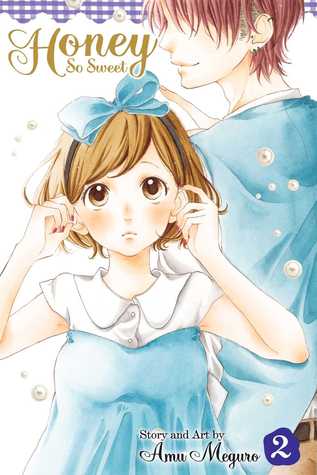 Just when I thought this manga couldn’t get more adorable, it does become that. Well at least the first half, the second half was a bit lacking.

In the first half of the manga we see Kogure think about what she thinks of Onise and Sou. She likes them both, but is it love for both or is one lucky guy the receiver of her love? I really thought this part was well done, Kogure really thinks this one through, she doesn’t just make half-assed decisions, no, she really struggles to figure out what to do. And then when she finds out what is what, I was just crying and cheering. You go girl! I already knew what your answer would be, but it was so emotional to see Kogure try to figure it out herself.
And then the moment when she told Onise of her feelings, of what she figured out, and insert some more tears for me. The moment could have been better, but I felt that it was at least a true moment, she had to say it, or it would have spilled over.

I also loved that we saw Onise’s POV on the situation, and on his feelings. How he feels, what he hopes will happen. He is a bit old-fashioned (especially for a boy), which made me laugh, but he was also so cute and honest.

What happens after that I really loved that. They match together so well and I was just squealing in joy.

Sadly, the second part was lacking. I was so delighted with what happened in the first half, and then it just dies down. I was looking forward to dates, to romance, to cute moments, but we barely get those. Instead I have the feeling we just got a rival. BAH. Maybe I am wrong, but the way he looked at our couple in the last pages. I have the feeling I am not going to like it if he truly becomes a rival. 😐

So yeah, first half was amazing, cute, emotional and so so sweet, but second half just sucked. It felt like the confession didn’t matter. It felt like all that Kogure went through in the first half was just wasted effort. And yes, both had jobs/had to help out, school and other stuff, but come on, I am sure you can make a bit of time to do something fun together?

The art is still so amazingly gorgeous, I just love how everyone is drawn, how there are little details everywhere. I can just look at the art for hours and still be amazed.

I hope the next volume will bring more romance, and I also hope the rival thing is not going to happen and that it was just a false alarm. crosses fingers and hopes