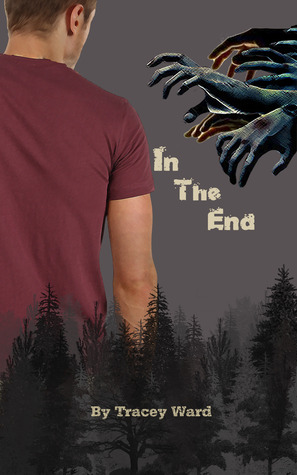 Not as good as the previous book was. 🙁 Still good though, but it just had a lot of frustrating moments that just made me want to put down the book and not try again.

I was totally delighted to find out that our MC for this book would be Jordan. He is an amazing character and I wanted to have POV of him in the first book. My wish came true in this one. We get to know him more and more, we find out how he feels about Alissa (and also about her illness, because that is still heavy baggage to handle), we see him survive, we see so many things happen to him. He was an amazing character to follow.

But what is the problem then? Well, for one the biggest one is Syd. We learn about this guy in the previous book. Alissa’s family (for spoiler sake I won’t say much more than that). But boy he was so annoying. He kept making stupid mistakes (which could have been avoided had he just listened), he hated on Jordan a lot. Yes, I can slightly understand why Syd didn’t like/hate Jordan, but sorry, I found it petty and pathetic. The whole book these two are fighting, or having some awkward and soon broken friendlier times. It just got so frustrating especially since it just felt unfair to Jordan.

Sadly this also brought chaos into Alissa’s and Jordan’s relationship. Syd is her family, Jordan is her boyfriend, but she kept picking Syd’s side. And then there were other stuff as well. And sorry, the wonderful, cute romance in the previous book? It was practically gone in this one. There were some awkward moments with romance, but you could just feel the tension in it, and that ruined it. 🙁

So there were some good parts. Jordan, the whole part that they were surviving while avoiding zombies (minus the fights, the arguments, the tension), the safe haven, several fun conversations (which make some great quotes to remember), and the ending which gave hope for a better future.
But really, the tension, Syd, how the romance was destroyed, typical zombie book/movie stupidity, and several other things just ruined the book for me, causing me to not being able to rate this book higher than 3 stars.