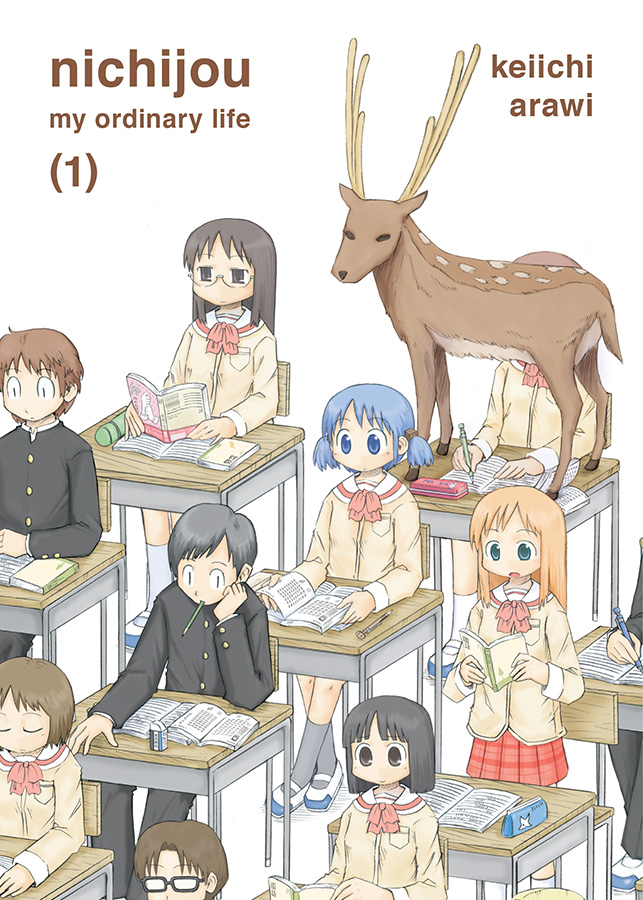 This is a re-read now that the English manga is finally here. I know that I didn’t like it much before, but that was about 2 years ago, so I was wondering if my opinion has changed. And it did! A lot even. 😀

I absolutely adored the anime (and was sad that it didn’t get any more love or seasons), so I was happy when a publisher in the US published this manga. Yes, even though my first read of the manga wasn’t one that didn’t make me happy, I still wanted the manga in official English.

And now that I re-read it, there are parts that are indeed better in the anime (like the part where Mio is running, or Yuuko goes all haywire over a octopus-looking sausage), but in general this manga is perfectly fine in the reading way. I still laugh a lot, even if I already know the jokes (the anime did a good job of following the manga). I am not sure why I was so against the manga in the first place, maybe it was the translation of the manga back then, or maybe things just flow better if you have a book to flip through.

We have various characters taking the stage. We have Nano and the professor (the professor is still not my favourite character, but that is mostly with how she treats Nano), we have Yuuko and Mio, and Yuuko, Mai and Mio, and then we have Misato and Sasahara. The antics between Misato and Sasahara are so over the top and wth is going on. I mean, come on, that guy is oblivious to real life (and who the hell comes to school on a goat), and she likes to shoot at him (with ever weapon you can think of).

The chapters are pretty short for most. There is a joke, it is told, something happens, and then it is done.

But you can see continuity in this manga. You will see them go through their daily lives, but several things do keep coming back (for example: Yuuko forgetting her homework, Nano wanting to be a normal girl).

The art is also definitely awesome, sure the eyes are at times a bit creepy, but generally the art is just perfect for the jokes. I love how exaggerating it becomes when stuff really gets over the top. Characters get stretched, or backgrounds have all sorts of busy stuff going on. It is brilliant.

Would I recommend this manga? Yes, yes I would. Are you in the need for some over the top silliness? Then check this one out.