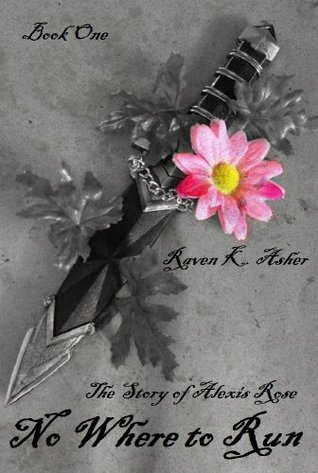 0 stars. Wouldn’t recommend this book at all.

Warning: I won’t be very nice to this book in this review. If you can’t handle criticism and rage, please check out my other (nicer) reviews. Also there will be cursing.
I will also post a lot of stuff under spoiler tags, but I really need to write those down.

Those on Goodreads will have seen my 24 rage- and eye-rolling-filled status updates that I posted as I read the book. At first I didn’t post updates, but in the end I just had to vent somewhere (other than my poor boyfriend who was sitting next to me, and who had so much fun hearing me rage about the book, he laughed so much when I began to rant about another part that was just so terrible, though he did give me good hugs when he saw I needed them).
And yes, I do know I could have easily dropped the book, but for some reason I just couldn’t. Maybe I just wanted to see how many trainwrecks we could get in one book. Hint: Too many.

If you are looking for a zombie book, then I would recommend you take the other road, this book has zombies, yes. But that is all. There is 1% of zombie action. Some zombies get taken down. But there is barely any action. They don’t really go out, and if they do, they just see zombies (and not even a lot), shoot them down, and walk on. Done. No scary parts whatsoever. No survival whatsoever. Apocalypse? Yes, sure, you know it is that, because of the few zombie appearances and the fact Also the zombie/apocalypse doesn’t take place until quite a bit in the book. I even ended up getting bored at nothing happening. There were some hints that stuff was about to happen, but well, that drags on an on. I know that you want to build your world, but is it really necessary to do that 40~ pages of the 160~ pages (according to my ereader)?

My biggest rage on the book would be our MC. Lexi, Lex, Sweetheart, Pumpkin, Alexis, Rebel, Babe, Baby, sorry I just had to list all of her names and ones she gets by characters.
She was just one the most annoying, irritating, how the fuck will she ever survive (though then again the zombie apocalypse isn’t that scary), frustrating, dumb, and sorry, I am normally not one to slut shame, but considering the events of this book, slutty, terrible, and well I could go on for a few more days, but I will leave it at that.
Miss Lexi-wexi, just got out of a depression over the death of her dad. I felt a bit sorry for her at that moment. It must be heart-breaking to see your dad die in front of you. And feeling guilty about it. So far so good, the character was nice. She seemed friendly.
And then the whole shitstorm takes place, and say bye bye Lexi, and hello to what the fuck is wrong with your head woman.


The endearment names were just getting silly. Instead of switching and having some variety, you knew which character you had because of their endearment names for Lexi, I am not sure how many times I heard the word Pumkin, or Sweetheart, but after a while I just felt like puking. Even though it turned out creepy when

I didn’t get the guys.

And the only guy I really liked

Then we also have several cases of beatings and rape. Yep, you heard me right. Nothing too graphic, thank the heavens, but you still know what was going on, and it was just highly uncomfortable. Bah. 😐

Then we have the absolute horrendous ending. I am not even going there. 😐

As I said above, I wouldn’t recommend this book to anyone. I am not even sure how I made it through, there were just so many times that I just want to kick characters, throw Lexi in front of zombies (though it will be hard to find them).