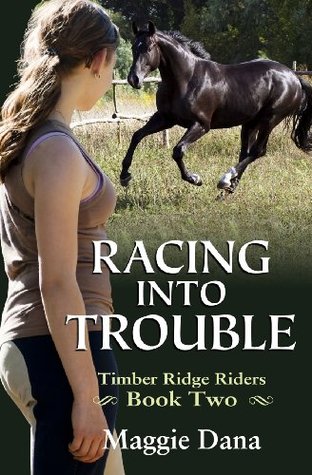 A brand-new book in this series that is capturing my heart.

However I do have to say that while I did like this book a lot, it was a bit less enjoyment than the previous book. This was due to one thing (there was also 2 other things, 1 falls kind of in this one, the other will be spoken off after this big frustration) and that things name is Angela. Our the queen of all things nasty. I already didn’t like her in the previous book (but then at least I could have a tiny bit of sympathy for her, due to her mom), but in this book? It was just hate. The things she did, they were not only hurtful (like words or some smaller actions), but also just beyond wth why would you do that? I know you hate Kate, but this, this is just beyond bullying. And I was disgusted. I won’t say what Angela did, I would recommend you find out yourself, but let me just say I was just shaking my head at everything. And that they (Kate/Holly/others) didn’t even do anything about it. Just let it pass. Just build up the hurt, and got in so much troubles because they didn’t dare to just open up their mouths. I know Angela’s mommy is a big shot woman, but come on, you can’t just let this go past you. That is just wrong. This girl deserves punishment. She doesn’t even deserve a horse. Maybe harsh, but with how she mistreats her horse, how she just does whatever she wants on a horse that is clearly not ready.

My other frustration was Holly’s mom, and that she just immediately thought everything was because of Kate. She didn’t even think, she didn’t even wonder why Kate suddenly was being less punctual and also less neat (it was pretty much established in book 1 that Kate is dedicated to her job). No, she immediately thought Kate did it wrong. Can’t you even see that after 2 mishaps that something might be wrong? Why do you instantly accuse her of everything and not even care to look beyond things? Arghh.

Sorry, that had to be thrown out of my system. There was a lot of good in this book too. And I want to talk about that now. Since I still really liked this book and I enjoyed it immensely.

For instance I loved that we also got the POV of Holly at times. Holly is such a fun character, and it is a delight to have her talking, to have her show us around in her world. To also see Kate from a different perspective. Holly is also a favourite character of mine because you just want to root for this girl. You want to cheer for her to get the feeling back in her legs. You want her to ride again. You want her to be able to go on in life without being obstructed. She is a sweet, wonderful girl, and also a great friend. There are several events that happened in this book and they made me happy. I won’t tell you what, haha, you will have to read this book yourself to find out! But I guarantee you will be delighted and squee in happiness.

Kate was (even with her faults) an amazing character and also a wonderful rider. I loved that she (even though she was told not to, and yes, I agree, but in this case I am also happy with what she did) went to Buccaneer and found out what made him tick. The things she did for him were amazing, she is truly a fantastic rider and she knows how to care, handle, and love horses. She is not afraid to tame a wilder horse. Oh no, this girl just sees a challenge, and knows there might be a different horse underneath everything.
I felt terribly sorry for her for all that happened in this book to her. No one, really NO ONE, deserves the crap she gets from Angela. And not only that, I also felt sorry for her for all her worries. And she had quite a few wandering in her head. I wished I could tell her things would be OK, that she is an amazing rider, and that she deserves that spot.

Buccaneer was an amazing add to the horse stable. I hope that we will see more of him later in the books. I know he is probably only there for a small bit, but I do hope we don’t lose sight of him. He is such a wonderful and also sweet horse. Though he is a bit easily spooked, but then again, that seems to be something a lot of horses are.

There is also enough horse stuff, from rides to the training to cleaning and much more. It was just such a delight to read about them, I could just picture myself at the stables and having a great time.

We also have a new girl, and I am still a bit mixed about her. On the one hand she is a great character and I see great potential for her to grow and become a favourite character, but on the other hand she did believe the lies that Angela spread, and I don’t need more easily influenced characters in my life. We will see how it will play out. Also her dad’s name (if real) is hilarious!

The romance (or well the interest of the girls in a certain boy character) is also something I just loved, it gave the book something extra, something fun to look forward to. I can’t wait to see how it will continue.

I will be sure to get the next book in this series as well. Hopefully though Angela gets a bit better. Or at least is punished for once. And I would recommend this book (and also the first book) to everyone.