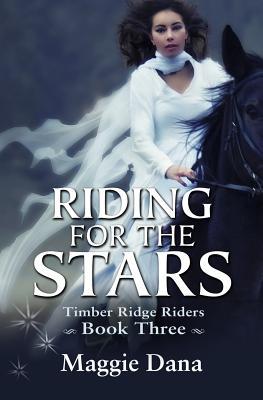 And we are back to awesomeness. I am loving this series more and more, this book was just so much fun, and also finally didn’t have so much Angela crap.

Because that Angela crap was just getting annoying, in the last book she really topped it off with even more crap than I would even think was possible for a mean girl to do without anyone noticing (well at least, none of the adults noticing). But in this book while she was still mean, it wasn’t as annoying and frustrating as before. She still did hurtful things, still made remarks, and there were a few crappy tricks she pulled, but it was so much less. Thankfully.
And we also saw so more Angela who just wants to be herself. Yes, you already saw the hints in the first book, but in this book? You see them more. You see the mother just pushing her kid to the limits, being angry when it is not working, being pissed when she doesn’t win (or at least first price). Sure, it doesn’t excuse Angela from her behaviour, but it does explain how she came to be such a bitchy character. I do hope the next books will also show more about Angela’s life. Because even though I don’t like her, I am still curious about her.

Now for all the good parts, because there were so many! We got the movie shooting, auditions, romance, cute guys, creepy things happening (that were really exciting), and more!

The movie parts and the auditions were just great and I loved them all. I did want to shake Kate though for what she thought at the beginning. Saying that Angela doesn’t deserve it because she already has money and such. Um, girl? Even if she has all the money, everyone deserves a role in a movie.
But that aside. It was just so much fun that we have that movie added, it was still about the horses, but also about so much more. It combined two of my favourite things that I just love to read about in books: movies (and auditions) and horses. 😀
Then we have the several scenes and what happened in there, and I could just imagine myself standing there and watching everything happen.

We also have 2 new characters. Nathan, who turned out to be really cute, sweet, and awesome! I especially loved the ending and what happened there. Sooooo cute!
And Tess, who I knew from the start would become a great and fun character. And I was also delighted that she wasn’t falling for Angela’s tricks that much. Finally a girl who doesn’t fall for everything. Yay! I do hope we will see both characters again in the next books.

We also have a creepy character, an old man, who is really not fit for living on his own, going by the events in this book. He was a good addition to the book, bringing even more excitement to the book, and also some mystery. Who was that old man? Why did he do the things he did?

There is also a fair share of cute romance, which made me squee so much. It was just adorable!

I was also delighted for Holly, of course she is still a far way from getting completely better, but you can see she is getting there. She is fighting to be back in the saddle, she fighting to be back in her old ways. After 2 years of not being able to do anything, I can just imagine how happy she must be to finally be able to do things on her own again. To not be totally dependent on people. To not need help every second.

The horses parts were fun, it was so much fun to read about the movie parts with the horses, I was amazed that the horses weren’t spooked so easily. A lot of books I read about horses have horses that are just easily spooked, or get spooked when there is something new.

I do hope the next book will feature a competition again, I would love to see how that will be going with how stuff are turning out to be in the books. Since there are so many competent riders in the team now, how will it go for Kate?

Ah yes, and I just love the cover, it is just gorgeous!

All in all, I will be buying the next book very soon, since I just want to know how this series will continue.