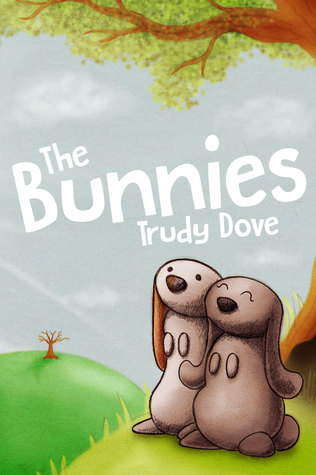 This was just so adorabunny. 🙂 I really enjoyed the book and the short stories about the bunnies Lupin and Russell. They are best friends (though I would also see them as a bit more than that, they are really sweet together) and through these stories you will get to learn about them, and about their friends, about their human (though I got a few questions about that one), about their surroundings.

And if that wasn’t enough for you, then I can just talk in happiness about the fourth wall breaking that this book just adored doing. I just love it when narrators/authors do this and involve the reader more.

Most of the stories are around 8 to 11 pages which I felt was the right format for the Bunny stories. Not too long, but not too short. Just right in the middle.

The stories vary in degree, from happy stories, to slightly sadder and scary stories. We have fairs, races, days out on a hot summer day, but also fairies in trouble, a fox seeking a meal, and much more. It was so much fun, and I also liked that you could see the seasons change. From spring to summer to fall. Each one brings something new with them.

The bunnies were just absolutely adorable and I love how they complemented each other. And how they each protected the other. You could just see from the beginning that these 2 were best friends (and again, more than that as well).

I also really liked their friends.

There were just 2 things that were a bit weird. The human part. Do the bunnies live in a hutch or a cage? At times it seems they do, but at other times I was a bit confused about it. I also wondered why the human never tried harder to keep the bunnies in the garden. But I also liked the addition of the human, she helped them out when they were in a pinch.

But all in all, this was a terrific read with lovely illustrations and fun stories. Thanks to the publisher for this opportunity!