I hope everyone is doing great, and for those in Spring season, I hope Spring is starting to become really nice. Here the flowers and trees are in bloom, the temperatures are rising a bit.
This week I got a book I really really REALLY want to read, and I can’t wait for it to come out. I am always on the look-out for new creepy books, and I know the first book was just amazing and creepy.

And what are you all waiting for this Wednesday? Anything that you would recommend? 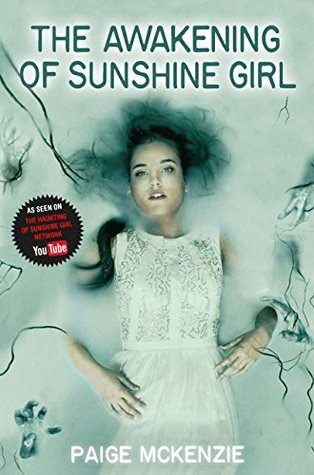 Having passed her test in Book One, Sunshine’s Luiseach powers are now fully awakened: for months now, Sunshine has felt spirits everywhere: heard voices, felt emotions – intense and sometimes overwhelming. She tries to ignore them, but it is impossible. Hoping to get her powers under control – and hoping for answers to her never-ending questions – she agrees to undergo training with her Luiseach mentor, even though she still hopes to give up her powers someday.

She and her mentor clash left and right; he doesn’t understand or approve of her attachment to the humans in her life; and she can’t understand how he could give her up so many years ago, only to endanger her mother’s life as part of a test.

Sunshine’s training is every bit as terrifying and creepy as her test was, and along the way she meets and befriends another young Luiseach, forcing her to confront her feelings for Nolan. Though her mentor is reluctant to answer her many questions, she finally learns more about her lineage, as well as the rift that threatens the future of Luiseach and the human race… and the crucial part she has to play in repairing it.

That is easy, the first book was just absolutely creepy and gave me goosebumps. I am so curious about this second book, and also about those Luiseach, and the tests, I wonder how that will be written, and if we will still get all the creepy goosebumps feels I had while reading the first book. Also that cover. <3 It just screams Creeeeppppyy!