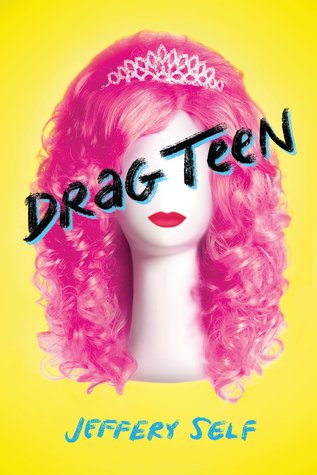 Drag, road trips, romance, hilarious situations, and much much more.

The first 100 pages took me 2 days, not because they were bad, but because they were a bit slow, and our MC and his self-pity also got a bit annoying. But after those 100 pages? I just flew through the story and after an hour I was tired (because it was after 1am), but very satisfied. Sure, the ending wasn’t entirely my cup of tea, though I was happy for our MC, he did deserve what happened in the ending, but it felt a bit like a cop-out way to get such a thing that way after all that happened. Of course I won’t spoil anything in regards to what happened, just read it for yourself and see what you think of it.

With the exception of the ending, and the whiny MC (sorry, I get that he doesn’t have the best life, but come on guy, no need to constantly wallow in self-pity), also maybe the preachy boyfriend (who really always had something calm and straight-from-some-kind-of-wisdom-book-thing to tell his boyfriend), this book was terrific. And just for those tiny things, which got swallowed by the awesomeness of the rest of the book, I couldn’t give a star less.

The theme of the book was really fun (and also interesting), and something which I haven’t seen much in books (especially) YA, Drag, and all that surrounds that. Not only the wearing of the outfit is important, but also several other things, and I loved how the author wrote about it. How he even mentioned shows like RuPaul (though I only seen a few episodes the show is really fun).

At first our main guy isn’t really sure about drag, he is really interested in it, he is feeling free when he wears a wig, or when he is in drag, but he isn’t quite sure how to do all the things. His first performance was a horrible experience. But as the book continues, he finds people who care about him, and who show him several things that he needs to become a true drag queen. From make-up, to clothes, to singing, to everything else. I just loved how the author wrote about our MC’s road trip and what he learned there, it just felt all natural. I was worried he would go in mostly unprepared or just by the help of Youtube, but instead he found real people while on trip to his destination.

The drag queen competition, and the preliminaries were just so much fun. We came across several amazing, and some not so amazing, characters. Though I have to say that even that guy that I didn’t like during that competition turned out to be a nice guy after all, just someone who had a harsh past and is now hiding behind a big wall of bitchiness.

I could so see myself watching the contest and all the stuff that happened there. I could just see our guys (or should I say gals) standing there showing the world their best drag, and their best talent.

I also loved the romance between our MC and his boyfriend, though I had wished there was a bit more kissing and hugging. 😀

Heather was also a great character, though I did feel sorry for her. No one deserves that kind of crap to happen to them.

Even though the ending was a bit of a cop-out, I do have to say I did enjoy parts of it, and I was also very delighted for the MC.

I definitely have to give bonus points to the cover + jacket. It is so bright and colourful and fits the book perfectly!

All in all I truly enjoyed this book and I would highly recommend this book.