I received this book from the publisher/author in exchange of an honest review!

Normally I will just post a review, but now, since this is a Blog Tour, I will first post my review, and then I also got some extra information on the book! 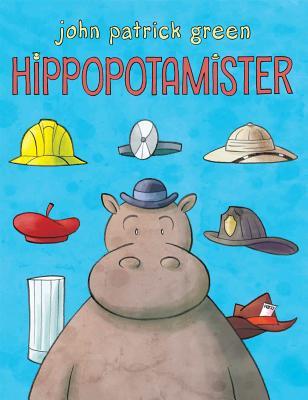 I have had my eyes on this one for some time, and I was delighted when I found out that the blog tour I signed up to was for this book (yes, don’t ask, when I signed up the name of the book was familiar, but until I got the cover, I didn’t know it was this book!).

This book is about a Red Panda and a Hippo who live in dilapidated zoo. Red Panda is the first to make the step to the big world (because why would one want to live a zoo with nothing to do but lie around and hope someone will do something), and then convinces his best buddy Hippo to come with him and try out some jobs.

What follows is a hilarious sequence of jobs these 2 go through. From banking, to building, from hair things to cooking. They try everything, and well, what happens next is just so funny. Though you can also clearly see what happens and who is at fault for all the things that happen. That is also why I loved Hippo, I am sure he knew what was happening, but just didn’t want a job without his best friend. That is friendship right there.
And it was fun that apparently no one in that world cared that a couple of animals was job hunting. 😀 I am so used to books where the animals have to hide or camouflage themselves in order to get by in the real world. This is just refreshing. Though it raises some questions, are there more animals who can talk? Who can walk on 2 legs? Who can hold a job?

What happens after all the job hunting? Well that is such fun, but I won’t spoil anything. Let me just say that I was delighted with what happened and that I was more than welcoming it. It just fits perfectly, and it also shows the lessons learned from the other jobs.
The ending was just so cute, and so sweet, and my smile was just really big as I finished the book. It really leaves you with a happy, fluffy and warm feeling.

I also just adore the How To Draw parts at the end of the book. I will be sure to try those out soon, because I just love it when authors/illustrators add these kind of things to the book. That you can make your own stories and draw the characters.

The art is also really great and so much fun. I just love how everything is drawn, and how colourful it looks. I especially like the Hippo’s design, and his little hats are cute!
There is also enough care for the backgrounds, and there are lots of details!

All in all? This is awesome! I really loved it and I would highly recommend it to everyone!

The zoo isn’t what it used to be. It’s run-down and falling apart. Hippo hardly ever gets any visitors. So he decides to set off for the outside with his friend Red Panda. To make it in the human world, Hippo will have to become a Hippopotamister: he’ll have to act like a human, get a job, and wear a hat as a disguise. He’s a good employee, whether he’s a construction worker, a hair stylist, or a sous chef. But what he really needs is a job where he can be himself. 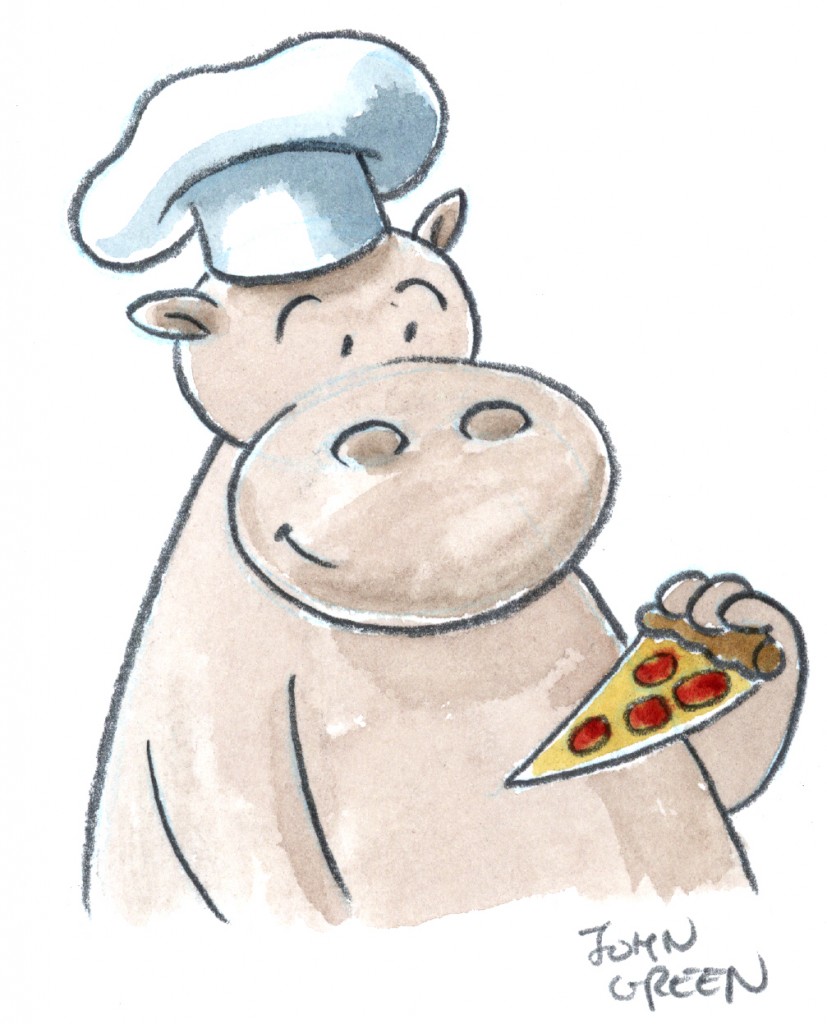 John Patrick Green grew up on Long Island and has worked in New York City since graduating from the School of Visual Arts with a degree in graphic design. He was the comics consultant for Disney Adventures magazine, where he wrote and often drew the popular Last Laugh feature. John is the co-creator and illustrator of the graphic novel series Jax Epoch and the Quicken Forbidden and Teen Boat!, both with writer Dave Roman. He has also worked as a writer, illustrator, or designer on comics and graphic novels for Nickelodeon Magazine, DreamWorks, Scholastic Graphix, and DC Comics. John lives in Brooklyn with zero cats and way too many LEGOs.