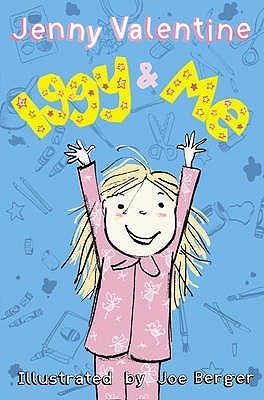 So happy that I finally have a chance to read book 1. It was already hard to find the other books in the library, so imagine my delight when I found this book at Library #4.

Finally I could find out why Iggy is named Iggy, and why she is using that instead of her real name. I have to say I was disappointed when I found out, and also disappointed to find out that her parents just went with it. I can imagine one day, or maybe 2 days of just pretending, but this will sure bring her trouble in her real life if she keeps refusing to be called her real name. I don’t see a problem with her real name. It is a nice name. I was actually angry at Iggy for acting like this, and also throwing out the stuff that had her old name on it. That is just rude. I know this kid is 4/5 years old, but come on.
Why don’t the parents just say no?

They are already saying no quite a few times to Iggy’s antics, but I wish they had been more strict about this one.

Like the other books this one has several themes. Mostly it was getting to know the characters, about their lives. But we also have a move, a new baby-sitter, a vacation, a plushie hospital, and more. Like with the other books at times the stories seemed weird. One moment they would be at x place and the next story would take place days or weeks later. It gave me a disconnected feel and it would be nice if the stories connected a bit more, and also didn’t end suddenly with a poof.

The stories were fun though, and I really liked them. My favourites would be the Babysitter one and the one about the move. They were just both so much fun. The Babysitter was a really fun one as it brought the introduction to the Babysitter and also showed how much she loved kids. I loved how she did fun and creative things with them (even bringing a whole bag of stuff with her).

I laughed a lot during the book, especially the dad is just such a fun, great character. Though he often gets scolded by his wife for saying stuff which gets misinterpreted by the kids. 😀

All in all, I really liked this book and I hope that the author will write more books about Flo and Iggy (though I also hope that Iggy will grow up and get less annoying).