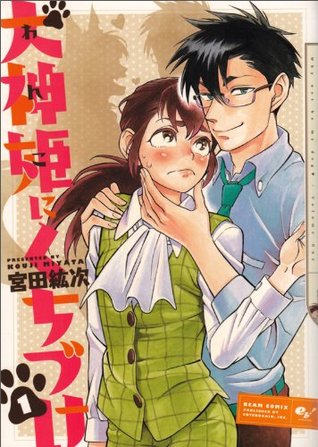 I am not even going to continue reading this series any more. I did continue with this volume because I was hoping it would get better. Sadly, it did not.

This was due to bunch of reasons, starting with the whole kissing to unlock the spirit inside the MC part. The kissing is often forced, often while the MC is struggling, cyring, and saying a clear no. Yes, it is her job, so she could quit, but I will talk about why that won’t work in a bit. At times she doesn’t mind, but generally you will see her being held or pressed against something and being kissed by her partner/colleague/master. Which is really a big no no for me. Forcing someone is never good. It just looked and felt wrong.

However it was also conflicting at times because yes, the MC, does want it sometimes. Still doesn’t make it better, or makes it OK, but it is confusing. Make up your mind girl.

Why she can’t quit, well as evident in one of the chapters, the male character got all kinds of photographs and videos of her in her spirit mode, in which she is quite, um, well happy with her partner/master. He is threatening to put these online/out in the world. So we also got a nice clear case of blackmailing. Bah.

The partner of this girl is a masochistic, horrendous, lecherous guy. He will lie about stuff (like during the spa episode), he will manipulate the girl into stuff, and much much more. I really hated him a lot.

Then I have a complaint about our MC girl. She is enormously dumb, naive, does everything to please people, cries all the time (which really gets on my nerves), and well, without her spirit mode, can’t do much and needs help all the time.

This one sounded really awesome, and it looked so interesting, but then I started reading and there was just so much wrong with this one.

I will give it a 1.5 stars because of the action (which was good) and the amazing art. But that is all. I won’t be reading this series any more.