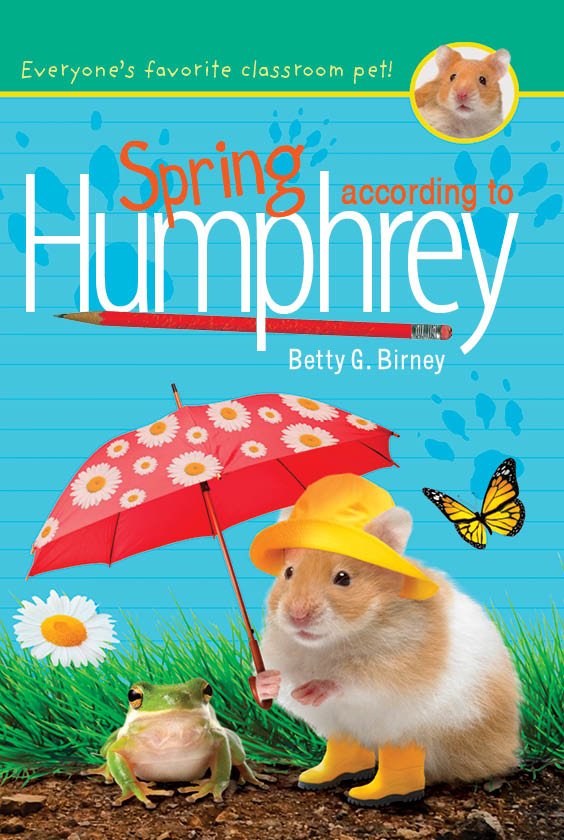 Humphrey is back, and this time we are talking about spring, but also about families and friends.

The whole book is about finding signs of spring (since spring seems so far far away), but also family, which causes Humphrey to wonder about his family, who was his mom? Who was his dad? Did he have siblings? I did feel a bit sorry for Humphrey, with the exception of Og, everyone knew about their family, or they had a family. I like the ending and the conclusion to this family part. Of course I won’t tell anything, but it brought warmth to my heart.

We also have the addition of new characters. Aldo’s wife is pregnant with twins and they get born in this book. Aldo is also busy with that so we have a new cleaner named Bob, who turned out to be a great guy (I was a bit worried). And then we also have the addition of new animals (and it was great fun to see these 2 grow, and to see everyone make a fuss about them).

There was just one thing that I didn’t like that much, how Humphrey acted. Like he was a great, grand, wise character who always knew what to do, and I just got a bit tired of his ego. Don’t get me wrong, sure Humphrey is a great character, and he does do a lot of things right, but to say he is that awesome? No. So yeah, I hope the next book will put a damper on that ego stuff, because it sure as hell doesn’t fit the character.

I am still amazed with what the hamster in this book can do. He can look outside (far far away), he can see colours, he is awake during the day, and several other things that just doesn’t fit. But oh well, it is a book for children and I guess it is also because otherwise Humphrey wouldn’t be able to have many adventures if he was a true hamster.

It was really fun to see all the kids again (and their nicknames which fit soo perfectly) and to see them grow up and experience new things. I also love how the teacher at times just lets the kids learn by themselves, instead of just rehashing stuff, she sends them to the library and lets them do some discovery which they will then share in the class. 🙂

All in all, it was a pretty great book, with new and old characters, lots of adventures and much more and I can’t wait for the next part in this series (especially considering what happened at the end).