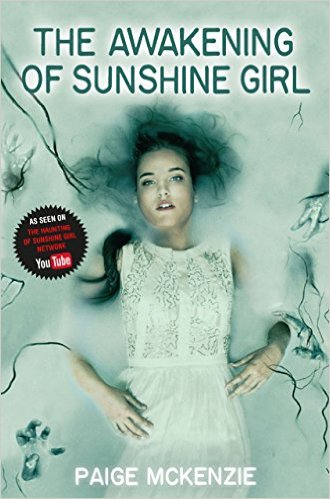 This was still great, but I didn’t like it as much as I did the other book.

Don’t get me wrong, the book was good, but it was A LOT of backstory, endless parts of not much happening, and a whole lot less creepiness. I kept hoping something exciting would happen, but with the exception of those 2 demons (1 very short part, 1 a bit longer), 1 creepy guy that had two small appearances, not much happens. And that was a real shame. The previous book was fullllllll of creepiness, scary ghosts, haunted house stuff, a giant evil demon and more. And I just loved that, and I was hoping that the next book would also feature that, including of course finding out more about Sunshine.

Yes, we do find out A LOT about Sunshine. About her past, about her parents, about Nolan and why she and he can’t do romantic stuff, her powers, and several other things. She is also undergoing training, which means she is getting better at her luiseach stuff. But she still has a long long way to go. I also can’t imagine her wanting to go through years of feeling each and every death that comes to her for release. On the one side it must be pretty awesome to help out people, but considering she sees the people as they have died, which means some pretty gruesome stuff, I can’t imagine her stomaching that for a long time.

The past thing was really interesting. The whole luiseach thing, and what happened to them, and also what is going on in that world was a great read.

I still have no clue how to pronounce luiseach, so I will just do it like this luis (Dutch word) + each. I am sure it is totally wrong, but I have no clue how to do it otherwise, and I don’t really want to plow through the previous book to find it somehow (I only have a physical copy).

Then we have 2 new characters. One good, one bad. Lucio, another luiseach, was really fun guy, and even though he hasn’t had it easy he is still fighting hard.

Then we have Helena, I just didn’t like her. 😐 Normally I could go on and on about characters I don’t like, but with her it was just that. I disliked her a lot.

I also didn’t really get why Sunshine kept saying some phrases and then would say they are old-fashioned. They are now? I don’t live in an English-speaking country, but I still see countless people use those phrases in books, internet, tv, and other places. And no, those people aren’t all old, or old-fashioned.

All in all, the book was good, but yeah it just wasn’t the same as the previous book. I hope the next book (since I am guessing based on the ending that there will be a new book) will have more creepiness, and less backstory after backstory.

I would still recommend this book, but don’t expect it to be like the previous one.