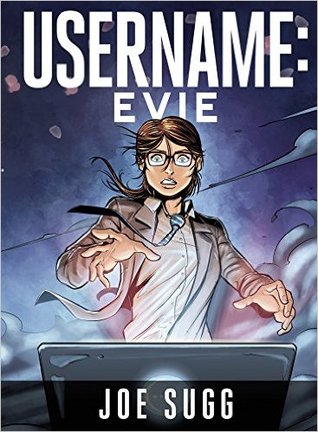 Wow, this was just terrible…

I was really looking forward to this one, when I spotted it in my library I just knew I had to get this one. Then I started reading, and in the beginning it was pretty decent, but it quickly fell apart. Really quickly even.

Evie was just highly unlikeable, and I found her behaviour weird and awkward. I mean really? Hiding yourself in the freezer/refrigerator because your life is so bad? Yes, that is really healthy right there. I can imagine crawling in bed, or hiding somewhere, but a refrigerator? What the hell!
And yes, her life wasn’t the easiest, or the most fun, but instead of taking a stand, or trying to find help, she just cropped it all up, finding refuge in a game her dad made for her.
Then we have the game world, and how she acts in that one. I do have to say I liked her more when she finally took a stand against what was happening in the game. She did try her best to save it, she did her best to do things. But sorry, I still didn’t like her.

Then we have Mallory, or the bitch of the book. Dear Lord, what a terrible character that was. I can go on an on for hours why, but I think those that read the book will know. The things she did to Evie, the things she did to others because they might steal her precious spotlight, it was just disgusting.
I also hated how she treated the game, and how she poisoned things in there. That shows right there that this girl has even more issues than we might know at this moment.
I will put this one under spoilers, but I have to rant a bit.


The bullying parts were just bleh and I hated them, it was a struggle to read them. 😐

The world her dad made was fun, but sorry, how stupid can you be not to up your security for it, and make sure only your daughter can get in. Make a special sentence only she will know. Or something different. This was just ridiculous. How did he not anticipate this. I mean, his daughter already was having big problems, her life wasn’t easy, and you didn’t think that something would happen? Wow. 😐

The art was so-so. The characters changed so much throughout the book that I at times had a hard time differentiating between them. Really. Characters who lost their glasses suddenly looked like a totally different character.
I couldn’t believe the dad was the same guy from the picture. Yes, some time passed, and he was ill, but sorry, it is that she said it was her dad in that picture, otherwise I wouldn’t have believed it.

There were still a few other things that I found unbelievable or weird. Like with that glasses guy, or some of the game mechanics.

All in all, this was a huge disappointment. Unlikeable characters, questions all over, bullying, weird actions, and not that good art. 🙁