I hope everyone is doing fine on this beautiful…. well OK, not so beautiful day. Sorry, the weather is kind of suckish here. I am still hoping for the gorgeous weather we had a few weeks ago to return. But so far nothing. 🙁

How is everyone’s week going? It is almost weekend, and I am really looking forward to it. I got a whole stack of reserved books at Library #2, and I am also going to Library #3! So I will have a book-filled weekend coming up. Plus I found out the cinema in my city has the new Alice movie in 2D! Which means I can watch it, so guess what the boyfriend and I are doing on Sunday evening? Yep, watching that movie. I loved the first one so I hope I will also love this one.

Now back to my WoW, this week I got a book that doesn’t come out until June, but it is a book I would love to read. I have seen it promoted on Twitter (with quotes) and it looks so fun! 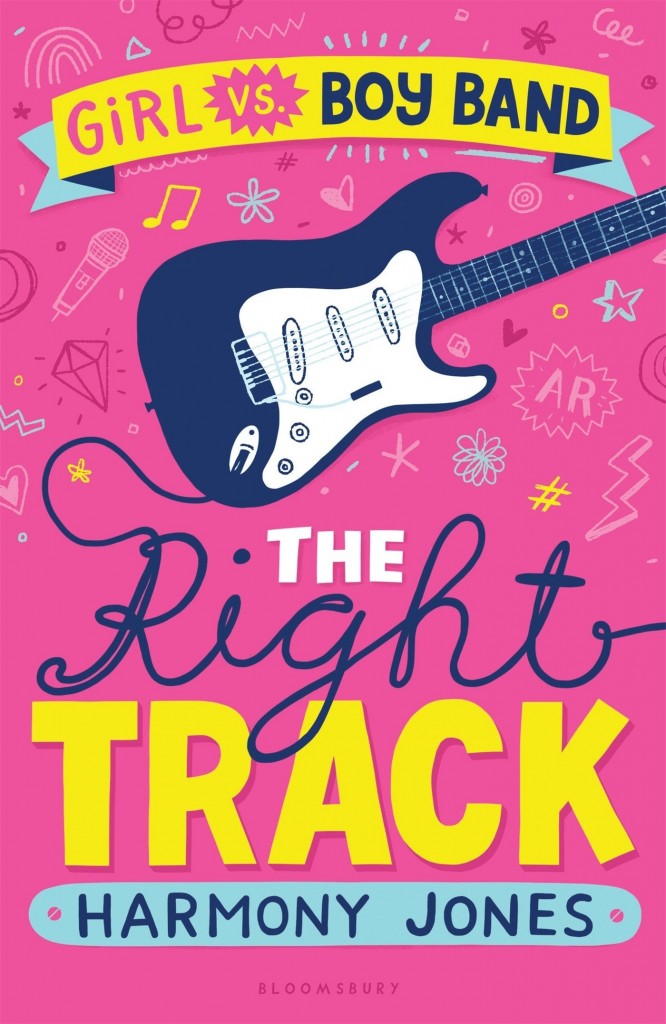 Talented but painfully shy eighth-grader Lark secretly writes feisty, heartfelt songs about her life-about school, crushes on boys, not getting along with her mom, and missing her dad who lives in Nashville. But that secret becomes harder to keep when Lark’s mother, a music record executive at her own label, announces that British boy band Abbey Road will be coming to live with them while they make their first album!

Sharing her L.A. house with three noisy, mischievous rising stars isn’t as glamorous as expected, especially when things aren’t going smoothly with the band members. When one of them plagiarizes one of Lark’s songs and passes it off as his own, will Lark gain the courage to step into the spotlight herself?

For one it is about a band, though not the kind of band that is nice and sweet if I have to believe the blurb, I am quite curious to see what Lark will be doing against the boys and how she will show the world that that song is hers. I am hoping for a fun band battle with lots of music. Of course I am also hoping for some romance. So far the quotes I have seen being shared on Twitter were hilarious, so I do hope the rest of the book will like that as well.