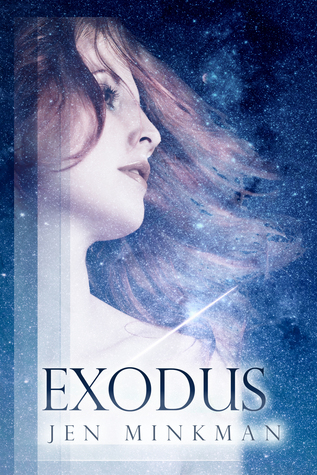 sniffsDear Lord, I had my suspicions, but that ending just stabbed me in the heart and kicked me to the ground.sniffs shakes fist at Jen Minkman for breaking my heart and making me cry over this MC, and for writing such an awesome, heartbreaking, beautiful, magnificent short story

It started off a bit slow, but then I was sucked up into the story, and quite soon I had my suspicions about Sarah, about Rachel, of course I kept hoping it wouldn’t be true, I kept hoping for something different, but as the story continued, as the stranger (I also recognized Him) came into the story, I knew enough. Though I didn’t expect the ending, yes, I knew about one of the characters (and I faintly had my suspicions about the other one), but I didn’t expect that to have happened. Wow. Wow, and WOW. So yes, tears just ran down, especially with what happens afterwards. It was just beautiful, sad, heartbreaking. I won’t say much more, because I don’t want to spoil anything.

I also loved that there were parts that told us about the past. About what happened to our planet, why Sarah went to Jerusalem. It give us a bigger insight in Sarah (and also about the world). And even though this story is only about ~30 pages long, it is super effective, and the worldbuilding is just perfection. I could just see the wars, I could see the world dying bit by bit thanks to humanity’s stupidity.

All in all, this book will break you, it will make you cry, it is effective, it is beautiful, and yes, Jen Minkman did it once again. I would highly recommend this short story.