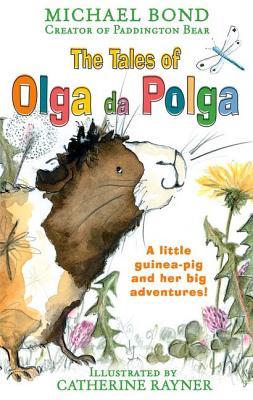 Well, this sounded much better than it actually was.

It was mostly the fault of Olga herself. The story was decent, the idea was fun, but Olga was just a terrible character. Starting rumours, making up tall tales (which I truly didn’t like and I was dreading them when they popped up), thinking she is so much more superior to anyone (and bragging about it), and much much more. I was so terribly glad for the humans that they didn’t have to hear Olga’s stories, but I felt sorry for the animals.
Luckily, very luckily, Olga often got some backlash (in one way or another) for what she said or did.
Sure, she was also interesting to read about, to see her live her life, to see her talk about the changing of seasons, to see her views on her home, to see her make friends with even the unlikeliest animals (cats).

I also had a laugh that she would call the humans, Sawdust (Mr. or Ms. or Mrs.).

Also why the hell would those people bind/wrap Holly, HOLLY around Olga’s hutch? She could try to eat it and let me just tell you this is a bad idea. 😐 There are just some things you shouldn’t put near your guinea pig.

There are also illustrations, and I have to say those were the best part of the book. Olga looks absolutely adorable, and I just love how detailed the art is.

So yeah, I was really looking forward to this one, because I love guinea pigs (and other rodents as well) and I just love it when books are about them. Sadly, this one was not meant to be.