I don’t believe I have done one before, but here is a Library Haul for Library #4! I thought I would implement this one as well, just like with Library #3 it is one library that I visit once every 3 to 4 weeks. It is also much further away from home (about an hour with train). But it is a fun trip as I see my favourite city again (and also the city where I was born, so you can imagine why I would want a library subscription there).

Yesterday I went on a trip to get some new books, and because it was summer Library #4 had an action that allowed people to take 15 books (instead of the 10 normally) and keep them for 6 weeks. Which would be perfect, then I didn’t have to hurry to bring them back when I get back from my vacation. It caused a bit of a problem, I have a guest subscription there which counts as the normal subscription (Yay, for them trying to make one library system and allow people to just have one main library (which in my case is Library #2) and then get a free subscription at ANY library in my country. 😀 And at as many libraries as I want! \o/), however the system there apparently didn’t think I was allowed to get 15 items due to that guest subscription. The kind lady at the desk helped me out, called a colleague, and confirmed my subscription should also go up to 15 now.

And then came the dragging all my new books (+other fun things that I bought) back to my home. My shoulders, neck, arms, back were shouting that I was crazy, but my inner fangirl/bookgirl was delighted with my choices and was encouraging me. 😀

So here are my 15 new books. It is a mix of English and Dutch. Library #4, like Library #3, has a nice collection of English books, so I also know I will bring back something new to read from their English collection. 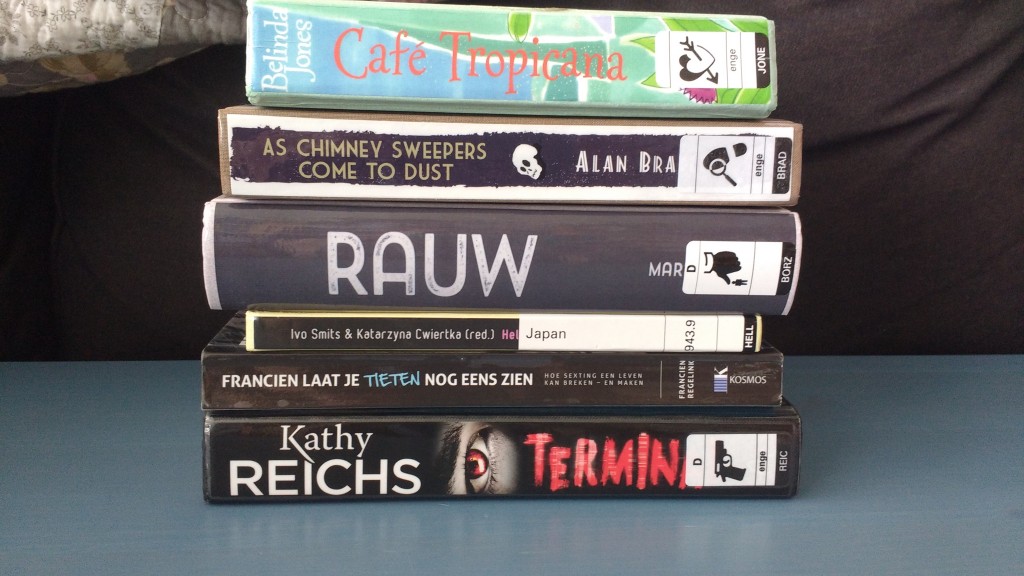 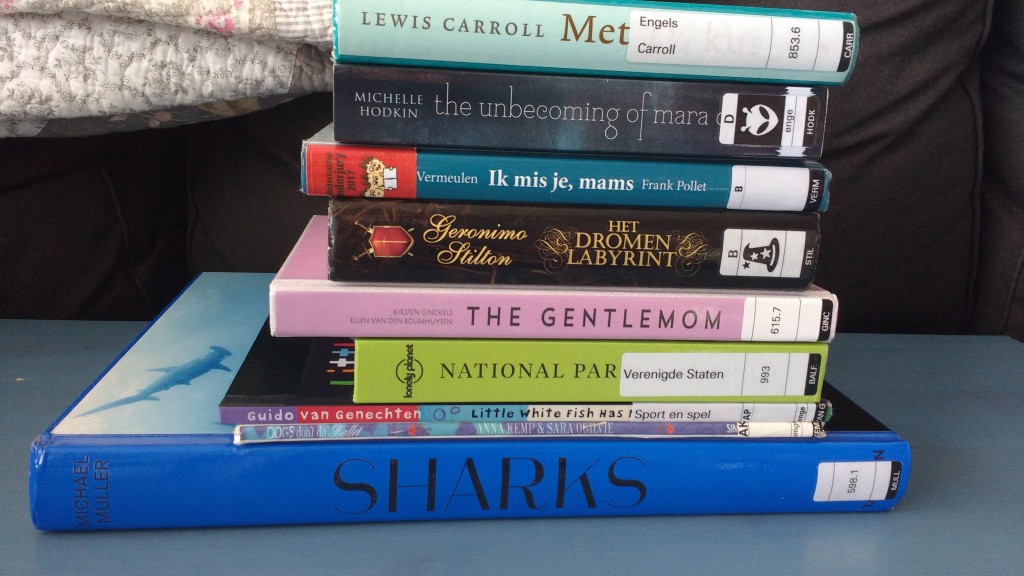