I read this one in Dutch, but I will write the review in English (because the original book 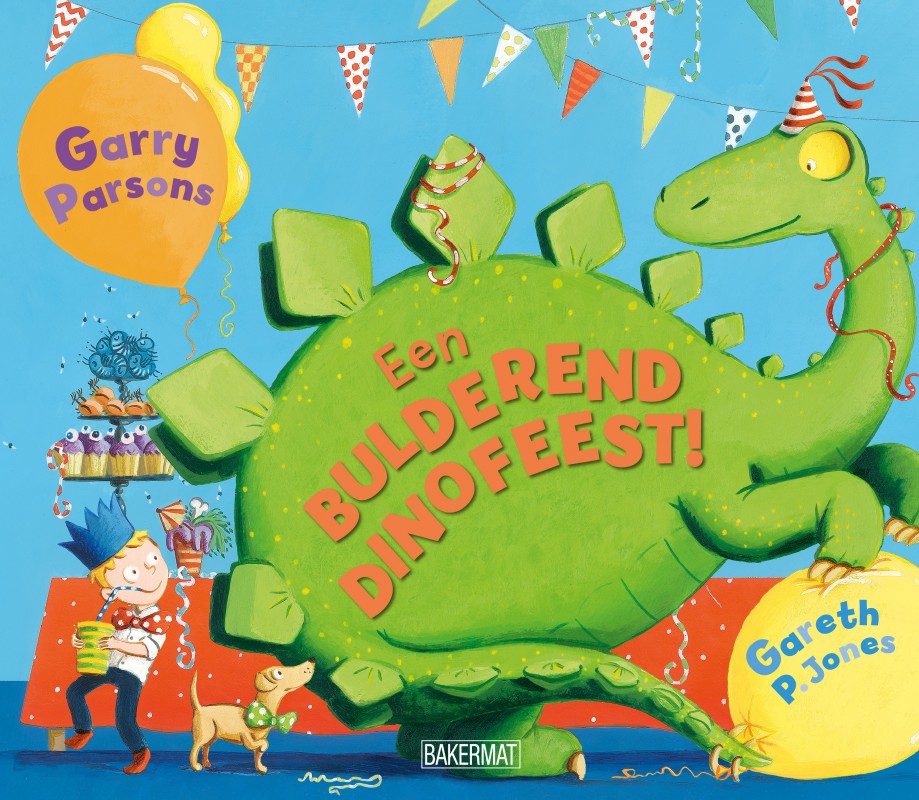 This was a decent book, but I have a lot of questions. How did the boy know the dinosaurs? (Or for that matter, how did they know him?) Was he really just invited to be food? Or was there another reason? In case of being the food, why did the boy go? I mean, I wouldn’t willingly go to a party at which I would be food. No thank you.

The party did seem pretty fun, and I loved seeing all the dinosaurs, all the various foods, the party games, the way the dinosaurs were drawn. I also loved how our MC was shown doing all kinds of things, while trying to not get killed (because dinosaurs aren’t only hungry, but they can also sit on you, or accidentally crush you).

The ending however was a bit of a letdown. Especially when one finds out why the T-rex was so dead set on following our MC. I do hope our MC does the right thing and brings back when he took. But with this ending the book definitely lost a star. Maybe mean, and you can probably argue that the open ending leaves room for some own thinking, but I would rather just get it directly.

The art was definitely fun to see, it is colourful, it is full of details, and the dinosaurs are just funny (and I am glad they aren’t using the way the dinosaurs are often drawn these days (which just looks ugly)).

But all in all a book with a few good, but also a few bad points. I did enjoy myself, but I also felt like I missed a book before this one. Would I recommend this one? On the one hand, yes, but there were also enough things that felt lacking, so I am not sure.