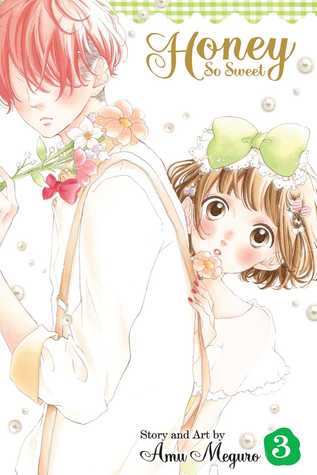 I really loved this manga, up to this volume.

Well, OK, certain parts in this volume were fantastic, as it also contains some sweet, lovely moments between our couple. Moments with lots of progress between them (sadly that they couldn’t keep up the first name basis part, since I really loved that they were finally doing that (or at least Nao was)).

Sadly, the manga suddenly magically gained a love-triangle. Yes, something that annoys me to no end. We have a wonderful couple, a wonderful romantic setting, and all of the sudden, magically there is a rival. And yes, generally that rival is the best friend who suddenly gained an interest in his best friend’s girlfriend. Really, what is wrong with guys that they think it is totally OK just to barge into a relationship and decide you will go and claim that girlfriend of theirs. What the hell is wrong with you? If you were my friend I would have dropped you quicker than you could finish your sentence. Real friends don’t just suddenly decide to hunt after girl- or boyfriends. They don’t just suddenly do all sorts of things with said girlfriend (while said girlfriend clearly says no).

I really, really, despised Futami in this one. From a friendly guy that I liked he went to dickwad x9001. I just wanted to smack him in the face and get some sense back in him. Yes, it sucks that Nao is taken, just live with it. No need to hunt her, confuse her, or hurt her and your friend. I was disgusted with his actions. Why did he really think this was OK?
And what the hell is up with you and princess carrying her to the infirmary when her BOYFRIEND is right there?

Luckily there were enough parts that were really romantic and cute, and those really made this manga good enough for a 3 star rating. Whenever there are romantic moments I was just squealing in happiness. Those two match together perfectly, and they are cute together. Taiga especially was adorable in this one, with how he remembered the 2-month anniversary and what he did there.

I also loved Nao’s uncle, he immediately knew something was wrong, and just helped out. <3

The art is still gorgeous and beautiful, I just adore how the characters are drawn + I really love how Nao’s text bubbles are often done in fun and happy ways.

But I am just not sure if I will continue this manga. I hate love triangles, especially when they are forced and magically done like this one is. 😐 I just want Nao x Taiga and lots of romance (and their first kiss, I would want to see that).