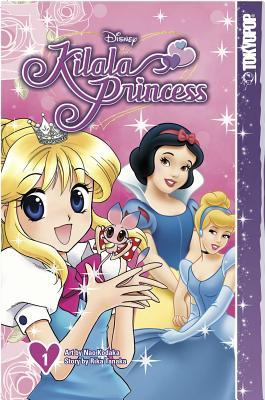 If only I had known this was Tokyopop. Yes, I know that publishers are mentioned in the information field, but I generally (just like on other sites) don’t look at that. I just check if the book is available for my region, or if the book is a read now that I really like. Had I know this was Tokyopop I would have stuck up my middle finger and said F you. If there is one company that is on my NOPE list it is Tokyopop for a lot of reasons. I wouldn’t trust them with anything any more. Good for them to get this manga back, though I will not be buying it. Nope.

Back to the manga. I read this manga few years ago, and enjoyed it, so when I saw it on NG I had to get it so I could read it again.

However, this manga as e-arc loses 1 whole star for the fact that it started the wrong way. It started at the last page of the manga. Yeah, nice. How to spoil stuff the easy way. So I had to flip/scroll through the entire file to get where I wanted to go. Which is a big no-no for 208 pages.

And in the end I decided to grab the manga from somewhere else. It was just unreadable in this format (which was just one big scrollable image. I had no idea where a new page began, nor where it ended. 😐 So -1 star for that as well.

But the story is gorgeous, the art is beautiful, and did I mention the bishies (Rei, Valdou), the princesses (so much fun to see them all again), the obvious things that happen (which happen in every shoujo it seems).

The first manga has as princess Snow White, I am really delighted they decided to pick her as the first princess. It was such a delight to see her again, and she is as sweet as she always is in all the other media as well. She really helps out Kilala, and she is really brave. Even with a crazy stepmother in the picture she seems to still keep her positivity and happiness. I loved what she did in this manga, what she did for Kilala, but also for Rei.
It was also great to see the dwarfs again, they sure kicked butt in this one!

Of course I knew instantly what had happened to Erica, I was kind of amazed that no one else had a clue until the later parts. 🙂 But then again, that is shoujo for you. Sometimes obvious things, like who the seventh princess is, or what happened to Erica.

Yes, the seventh princess stuff, unless there is a big twist at the end, well, I could think of a big suspect for that role. Considering what happened when that person held the tiara, or what they did during x and y parts. But you never know, I am kind of hoping there would be a twist to it all. A mysterious x character popping up near the end.

I loved the boys in this one. Sometimes shoujo boys get a bit annoying/cocky, but not Rei, not Valdou. They were cute, lovely, sweet, friendly, and did I mention YUM? No, well they were. 😀

Seems the next manga volume will be about Ariel, and potentially another princess. Considering they will want to do most of the princesses and there are only 5 volumes.

I just adore the art in this one, it is so pretty to see. There are details, the characters look gorgeous.

All in all, I really enjoyed this book. I would rate this one 4.5 stars in total, however with the errors it comes to a 2.5 stars in the end. I am sad that my e-copy wasn’t that good. It is always a shame when that happens.

Actual rating (not taking in the faults in the e-arc):