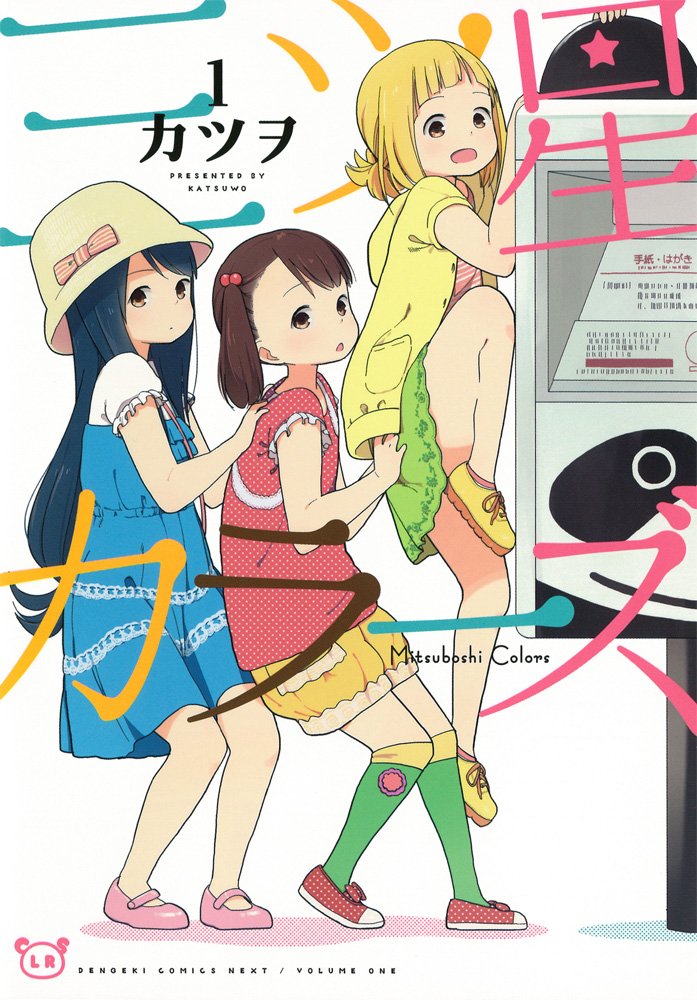 I spotted this manga some time ago, and finally I had a chance to read it!

I do have to say it turned out really fun, though there were a few things that I didn’t particularly like. First up stuff that I liked:
The characters were quite interesting, and I loved their club that they formed. A club which solves mysteries (set mostly by an old guy they know), but also tries to save their town (not really with success though, but what did you expect). The characters were all different in personalities which made things interesting as they would each do something different, or react differently to things that happened.

I liked the town, it looks like such a fun and happy town and I wouldn’t mind checking it out. I also wouldn’t mind going to a zoo that is so cheap but still so big (it was like 400/500 yen for a ticket).

The art was super fun and it fitted the style of the story perfectly. You have a silly, but also slice-of-life manga with cute and fun illustrations.

I also laughed at what the girls did to the policeman and also what he did back to them. From him pointing them to the other side to the town because they were searching for players to play a game with, to them throwing stinky ginkgo nuts at him and stinking up everything.

The side characters (the mom, the policeman, the old man) that keep recurring were really fun to see and they added to the story.

However there was at least two things that I didn’t particularly like. The whole poop thing. One of the girls is just talking too often about poop, about various things that sound like poop and so on. I get that these are little kids, but come on. It is fun once, but after that it gets boring and just way too disgusting.

Then there was also the things that just didn’t fit. Like the girls climbing a huge gate at the beginning of a shopping street. Or them going without anyone to the zoo, or walking around the city without any care. These kids are what 9? 8? Maybe 10?

But all in all I really enjoyed this one, it reminds me a lot of Ichigo Mashimaro.

I would still recommend this one as I quite enjoyed reading about the adventures of these girls.