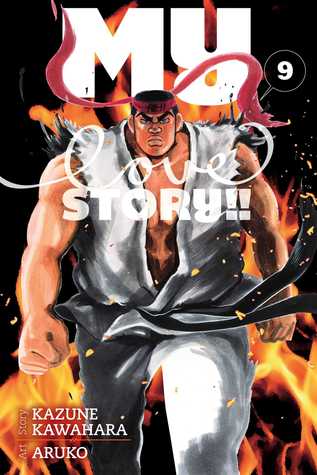 I wasn’t planning on reviewing anything any more, my vacation was beginning, but then I read this book (which came in today, as planned), and I just had to review it. 🙂 Probably won’t be a long one, but I still want to share my thoughts.

This book continues the Ichinose arc that started in the previous one. As I already said in that review for that volume, I wasn’t happy and I wasn’t looking forward to it. I was kind of hoping the whole thing would be over in this one, but sadly, we will be stuck for at least another volume (or part of it). 🙁 And yes, I already know what will happen (due to watching the anime when it aired), but I still want to read the manga as well, and see if there are changes.

Yeah, we are still stuck with that egoistic jerk Ichinose. Sorry, but what the hell is his problem? I already disliked him a lot, but I hated him in this one. What he did to Takeo, what he said to Takeo, how he is being unfair towards Takeo and Yamato.
Good for you guy, that you found your muse, but please…. just no. Instead of seeing her as a potential love interest, just keep it to being a muse.

I felt sorry for Takeo, but I do have to say that it brought a bit more realism to the manga by having Takeo be insecure. We often see him way different, and often it seems that everything just goes right for him (if only he wasn’t so dense). But now we see that he is actually quite insecure. About his relationship with Yamato. Not only the whole first name thing, but also several other things. I just wanted to hug Takeo and tell him it would all be all right. Yamato loves Takeo too much and is way too happy with him.

Yamato is pretty dense in this one (though that is not the first time she is that) and it also shows she just doesn’t have any eyes for other men other than Takeo. I had a laugh when Ichinose told her that he wanted to tell her something after the contest, and her first thought was getting hired fulltime. 😛

There were luckily enough romantic moments between Takeo and Yamato, and I am really happy with both of them. Go go!

Also Sunakawa is just such an awesome friend. <3

All in all, this was a pretty good volume, though I was of course enormously frustrated with Ichinose. So yeah, -1 star for him. 🙁