Catchy title, no? I also posted this on twitter, but I thought I would also post it on my blog, this time in English.

So last week I found out that Blossombooks (a big publisher who brings out YA (translated) in my country) was having a new Glossy. I remembered vividly that I adored and loved their previous Glossy from last year. So I knew I had to get it. However finding a bookstore that has them isn’t that easy, or at least not near me. Sure, I could ask the bookstore in my city if they could stock it, but they might say no, and it might also take them a while (and I am going on vacation at the end of July).

However, there was a bookstore about 40 minutes away on bicycle, I decided to call them and see if they had the Glossy (it wouldn’t be the first time that a site might not be updated, and I wanted to be sure, as it is quite hot outside today). They did, and when I told them how happy I was, and that I had called because I had to travel so far, they were impressed and said they would include a YA bag. Isn’t that just the sweetest, but it gets even lovelier. Yes, it does!

So after I had done everything I had to, I got my bicycle and went outside in 36C heat and rode to the store. It was warm, it was sweaty, and I wished I could do the same as some of the people were doing (swimming in the river/canal), but I continued on, I had to get that delicious Glossy (and potentially books because, well, duh, it is a bookstore, how can you resist the lure of books?).

After a while I arrived, and I just adored the store, it was really cute from the outside (and I just felt at home even before I went in), then I went in, and ahhhhhh air-conditioning! The store was lovely, books, but also book-related things all over, and I just wanted to stay for a long time. I found two books, and wandered around the store some more, then I went to the register and ask the man there about the Glossy and told him I had called the store a few hours earlier. He knew who I was and went to the side of the store and came back with the bag + Glossy, and also told me they added something extra for me. The bag had all kinds of fun things, bookmarks, but also book-shaped licorice (delicious!), 2 YA newspapers, some samples. It was so much fun, and I also talked to the man about the store, and I think I will be braving that 40 minutes a few times more as they have some fun events, and the store is just lovely, or maybe take the train (as apparently there is a trainstation near them, though I believe the train takes about as much time as I would when I ride my bicycle, still it might be a thing to think about when I want to go but am too tired to take the bicycle).

Of course when I got back home 2 hours later the first thing I do was jump into my mini inflatable pool to cool off. Ahhhhh, refreshing!

Now I am sure you all are curious about all the lovely stuffies I got, so here we go. Thanks (really, a lot of thanks) to Kinderboekenwinkel In De Wolken (here is their website)! You guys are amazing! sends hugs 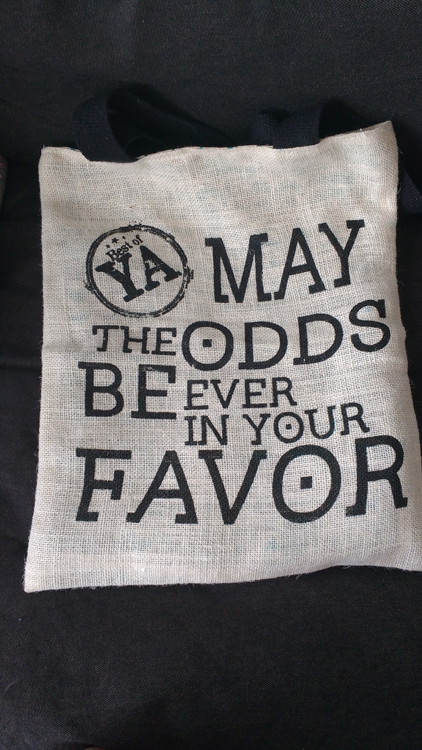 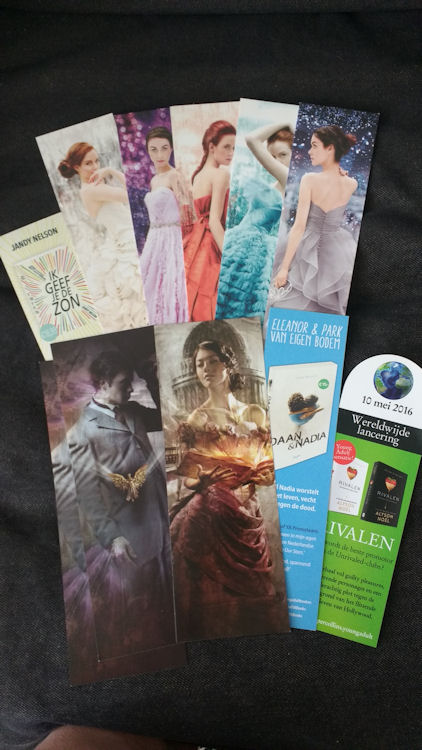 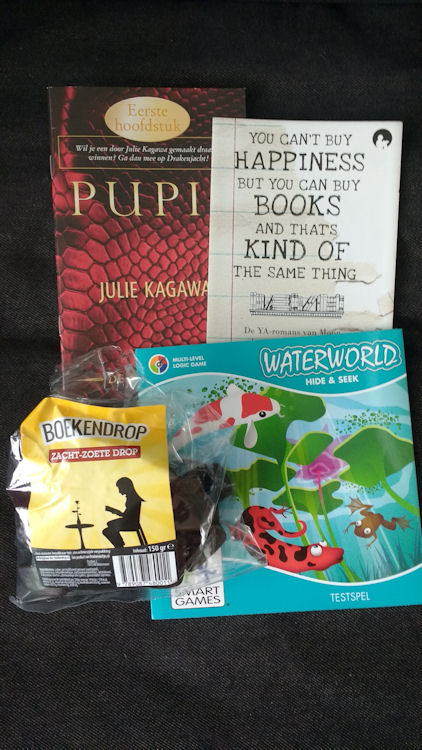 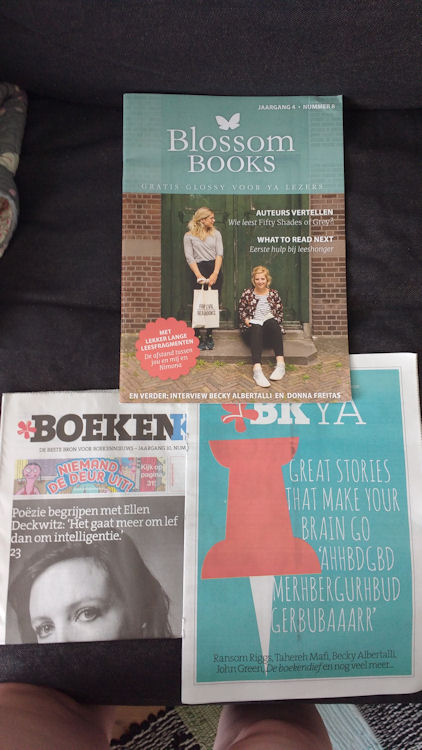