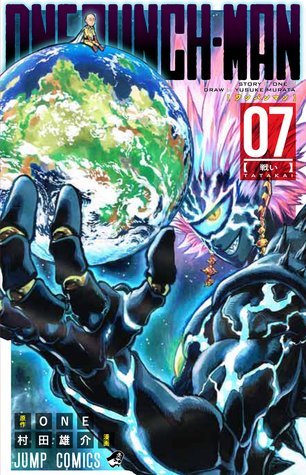 A bit less funny than all the others, but still it was pretty brilliant, and we finally have the conclusion of the alien ship thingie that attacked in the previous volume.

The conclusion to it all was just brilliant, though I feel sorry that Saitama never gets any credit for the stuff he does. After all it was him who took the ship down, it was him who did all the big works, but does he get credit? Never. 🙁 I do hope that later in the manga we do see him getting some credit and get a bit more recognised. Sure, he doesn’t care about it (or at least it doesn’t seem so), but I personally would like him to get a bit of friendliness and kindness from people.

There is no big monster arc that started. After the alien stuff we get 2 different stories, and then the volume is over. I am quite curious what the next big thing is going to be, and if it will still contain humour, since again, I was missing that from this. Saitama at times does some funny things, and the other characters act silly/over-the-top, but it just isn’t like the first 2 volumes.

Still I have to say that this manga really keeps my liking, unlike most Shounen/battle-oriented stuff. I do hope that this one will keep doing that. 🙂

The art is still fabulous, and I do have to say I love the 2-page spreads of the battle. I haven’t seen that in many manga, mostly they just split it up, or do one 2-page spread, but not this manga, oh no, you got several in succession. 😀

All in all, I did enjoy this manga a lot, and would highly recommend it!