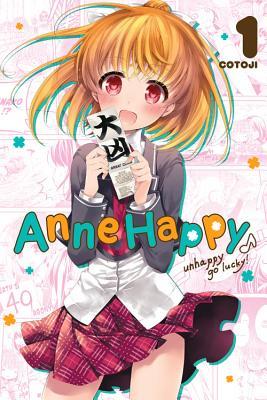 Review for the first 2 volumes.

I saw the anime when it first aired, and really liked the show. So I was really delighted that Yen Press was going to translate and bring the manga to the West.

It took me a while to get these manga, mostly because I was waiting for the price to go down. Yes, Yen Press is quite costly. Luckily, I was able to find them on Bookdepository for a good price (8/9 euro). Now it is just waiting for the rest of the volumes to go out so I can buy them.

What did I think of this manga? Was it as good as the anime? Oh, yes, definitely. Even though the anime spread the contents of these first 2 volumes all over the season (and I am guessing Volume 3 as well). Several things that happen in the manga first don’t happen until much later in the anime (for instance the cooking class in Volume 2 doesn’t happen until episode 9 of the anime, or visiting Hanako near the beginning of Volume 1 when she is sick doesn’t happen until episode 7), and some things are not even yet mentioned while the anime already told us about them (Timothy). I do think the manga paced it better, with how they did the events it felt more natural, and more logical. Well, with the exception of one event. Hibari and Botan visiting Hanako. It felt too soon now.

The manga is about 3 girls (though later on we also have 2 others) who seem to have extraordinary unluckiness. Hanako/Anne gets into more trouble then should be healthy (and she stays happy through everything), Hibari is unlucky in love (though I think she isn’t, because she is happy about it), Botan, well Botan breaks everything and is constantly on the verge of death. As I said later on we get 2 more characters. Hibiki whose sense of direction is just beyond hopeless, and Ren who is constantly getting swamped by animals (and I am guessing humans) of the female persuasion.

The manga is all about them and their bad fortunes/luck, and there time at the Happiness Class. Even in two volumes I saw them grow a lot. Of course they are still unlucky, but they are making friends, they are becoming more and more happy. It is such a delight to see this happen.

The story and all the unfortunate events that happen will make you laugh, and also wonder how anyone could have such bad luck.

The art is fabulous, I just love the way the characters are drawn, and there is a high attention to details. I just love it! And OK, I do have to mention that Hanako/Anne on the first cover does have creepy eyes of death and destruction. 😛

Would I recommend this series? Yes. As for me, I can’t wait for the next volumes!