I am still a cover lover and so when I saw this one I just knew I would have to read it. 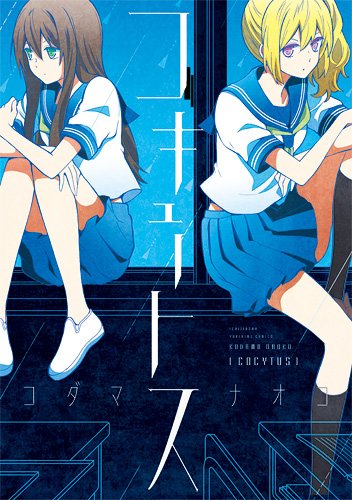 There are two couples (or well, they don’t start out as couples, and one doesn’t even really become one (not really spoiler as it is clear from the start)), the first gets the first few chapters, and the other gets the chapters following that. There is no connection between the couples.

At first I was a bit disappointed that we would have two couples. I wouldn’t mind more of the first couple, they were really cute, even if it took them quite a while to get everything right. The second couple just wasn’t my favourite. Mostly also with how bitter it all ended (I don’t mind these kind of endings, but sometimes you just want a happy ending and it is so sad when that doesn’t happen).

The first chapters, and the first couple, also feature bullying (though the girl being bullied tried not to let it get to her and even stood up for herself some times), but also acceptance. Accepting that you love a girl who will probably mean that you won’t be popular any more. Accepting that you can’t just run away from love. I did hate some of the actions that our MC did, but I think she did learn a wise lesson about it. At least I do hope so.

The last chapters and our new couple. Well, it was just meh. It felt more like the girl was desperate and monopolising the girl instead of being honestly in love. Add to that the bitter ending, and I just wasn’t happy with this story.

But all in all, I did enjoy the characters, and I also loved that we ended up with getting one chapter from the POV of the other girl from the last chapters. We see how she thinks about the situation.

The art is definitely my favourite of this whole volume. It was just stunning, and I just loved how the characters were drawn!

All in all, I would still recommend this manga to everyone as it was a good one, and I did enjoy it.