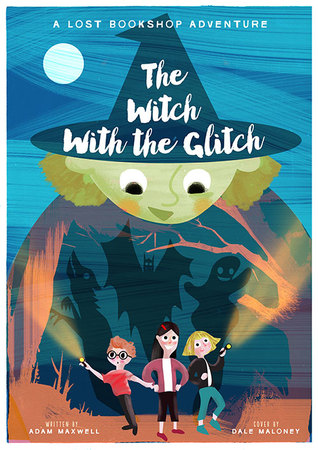 I just spotted this free little book being promoted by the author on Twitter. I was instantly attracted to it. Mystery? Magic? A cute cover? Um, count me in!

And I do have to say that I liked the book, but I do have to pull 0.5 star of the book as it was a sequel/part of a series, though there was no mention it was that. I was quite utterly confused at the beginning. How did they discover the room? Does anyone else know about it, and if yes, do they also go on adventures? What determines the adventures? Since they were quite used to it, I wonder how many adventures they already had. I felt as if I missed a big portion of the book, and that is just a shame. 🙁

But as the story really begins, I have to say I lost my confusion and just enjoyed the trip. It mixes Hans and Gretel’s story, makes it new, and also adds Van Helsing. 😛 As you can imagine it makes for an interesting story, and I love how the author turned it into his own blend, his own story. He did a great job at that.

I did feel sorry for the witch though, the poor thing just wants to party with the villagers (and later it turns out she wants a bit more than that), but no one understands her. She also lost something precious to her and thus can’t do magic. Well, she can, but she makes glitches. Thus being named the Witch with the Glitch. 😛
She also changed our 3 children. In 3 monsters, and I just had a laugh at what they got changed in, Nina seemed to most comfortable with it all, making full use of her new powers.
Of course they want to change back, but with a witch glitching around that won’t be easy, so they have to find the witch’s precious and bring it back. Before midnight, or they will be stuck forever.

And thus their funny, hilarious journey begins, and I can tell you that I really liked it.

The addition of the storyteller was fun. It is always something I love in books, a storyteller who talks to the reader.

The ending was cute, and I was happy for everyone. However, as they went back to their own world, I was wondering, how much time did pass? Didn’t the adults notice the kids missing? Yes, more questions.

But all in all, I did enjoy this short story, and it was quite well executed. Would I recommend it? Yes. Though I guess one first needs to find what the first book is in this series.