Today I am part of the celebration for this book, which sounds absolutely adorable, cute, and fluffy, and I can’t wait to read it! I will also be part of the Blog Tour with a guest post in 10 days, so look forward to that!

Happy Book Birthday to Erin Fletcher! Congrats on your book! Have an amazing day full of cupcakes, books, and fun! throws around confetti

So I got some information on the author and the book (swoon swoon hockey players), and also a giveaway for you all to participate in! Be sure to enter! 🙂 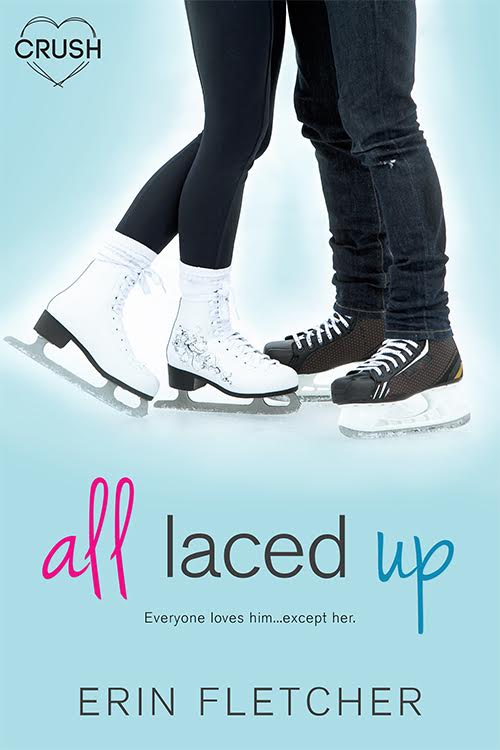 Everyone loves hockey superstar Pierce Miller. Everyone except Lia Bailey.
When the two are forced to teach a skating class to save the rink, Lia’s not sure she’ll survive the pressure of Nationals and Pierce’s ego. Not only can’t he remember her name, he signed her bottle of water like she was one of his groupies. Ugh.

But if there’s one thing Lia knows better than figure skating, it’s hockey. Hoping to take his ego down a notch—or seven—she logs into his team website under an anonymous name to give him pointers on his less-than-stellar playing.

When faced with decisions of life and death, Cait, Theo, and demigod Dante must choose unpredictable paths, chance outcomes of eternal consequences, and make dubious promises. As Cait displays unexpected abilities, complications arise, more details of her destiny are revealed, and she discovers the inherent risks of fearing change.

Turns out, Pierce isn’t arrogant at all. And they have a lot in common. Too bad he’s falling for the anonymous girl online. No matter how much fun they’re starting to have in real life, she’s afraid he’s going to choose fake-Lia over the real one…

Disclaimer: This book contains a swoony hockey player (and his equally swoony friends!), one-too-many social media accounts, kisses that’ll melt ice, and a secret identity that might not be so secret after all…

Erin is a young adult author from North Carolina. She is a morning person who does most of her writing before sunrise, while drinking excessive quantities of coffee. She believes flip-flops qualify as year-round footwear, and would spend every day at the beach if she could. She has a bachelor’s degree in mathematics, which is almost never useful when writing books.