Even though I absolutely detested all the characters, I also loved this book. 😛 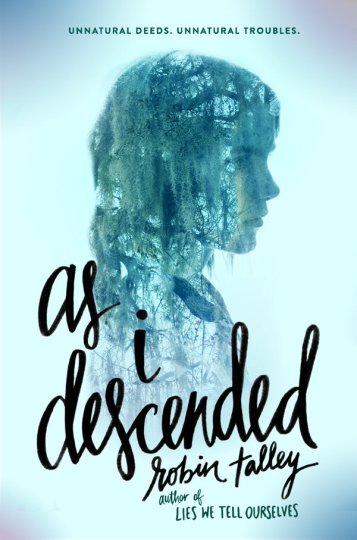 The book was creepy, scary, wtf-ish, and so much more. I even had a bad night sleeping thanks to this book. That says to me that a book is good. If it causes me to not want to go to sleep, and then later on not being able to sleep because I am creeped out, perfection. 😛

And yes, I hated all the characters. At first I did like most of them, but in the end I just wanted to throw them all for the ghosts in Acheron and have those ghosts have some fun.
We have a whole cast. Maria, Lily, Mateo, Brandon, Delilah (well for a bit at least as she wasn’t around much in the book for reasons I won’t specify).
Maria, Lily, Mateo, I quite liked them in the beginning. Brandon and Delilah? I didn’t particularly like them.

But then poop hit the fan, and I saw the true side to Maria. Lily also turned out to be a meh character. Mateo? Well I can slightly imagine why he was acting the way he was acting, but at times I found him unreasonable.

I think the character I disliked the most was Lily. Lily who kept playing the sad OMG-my-legs card, but in fact didn’t want people to use that on her. Lily who was actually just a vile girl with vile ideas. It was her who planned the whole drugs in drink thing (though yes, Maria went along with it, but considering that Lily is quite manipulative….), she is the one who makes a mess out of everything. She is the one who tells her girlfriend not to say anything, she is the one who, instead of comforting, is trying to rein in her girlfriend so she won’t do anything weird, strange.

Maria? Well she was quite a nice girl at the beginning, though I was a bit worried about her jealousy problem. But then stuff really happened and she really started going crazy. Certainly, I can vaguely understand why with all that happened, but really, isn’t the first thing you learn that wishing can be dangerous, especially if you don’t know who is doing the wish-granting? (Or well, she thought she knew, but come on, she must have felt it wasn’t right from the start.)
It was quite interesting to see her tumble down the rabbit hole. From quite sane, to something so much worse that words can’t describe it.

Delilah? Well, lets just say we see a different side to her and I really warmed up to her.

I was a bit sad that we didn’t seem much romance from Lily and Maria. I was looking forward to that, but not including some kissing scenes, it was pretty bare and empty. It felt more like they were roommates with benefits. 😐

I loved how the story went from high school problems, stress about exams, to ghosts, revenge, death, and much much more.

I am however a bit sad that we don’t find out more about the school (we do find out a lot, but I still have quite a few questions), or see how stuff ended. I mean, there are vengeful ghosts in there, and you just let them be there? Continue with their things? Isn’t anyone going to try and fix stuff? It felt a bit incomplete.

The ghosts were suppppppppppppeerrrrr creepy. Really, I am not one for ghosts already (they are already creepy), but black-eyed ghosts? Calling you, humming a song, luring you? Yeah, nope, I am out. 😛

Even though it felt a bit incomplete, I still loved the ending. That we could see how it ended for those characters. That we could get a peek at the months after the whole thing happened.

All in all, this was a fantastic read, and I loved it to bits! It is the perfect read for this Halloween month, and I am glad I saved this book for this month (even if it was a struggle to wait).

I would highly recommend this book.