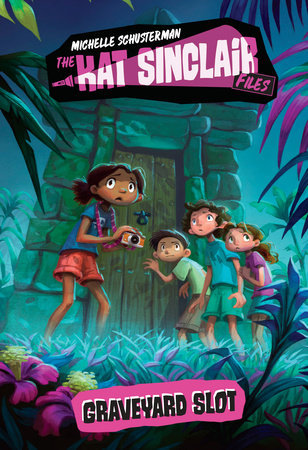 So this wasn’t as good as the first book, but it was still very enjoyable.

However, before I tell the good things, I want to talk about a few things that I just hated.

Let’s begin with Oscar. His attitude was just even more terrible in this new book. I already hated him in the previous book, but with what he did here? Boy, I just wanted to kick him in the nuts. 😐
Kat finally confesses about those comments, she feels terrible about them. Oscar, who has been bullied, dismisses it, and acts like Kat shouldn’t be such a baby. Um, hello, you got bullied yourself? You know how it is when someone is out to destroy your life, to belittle you, to make sure you don’t want to do much in your life other than worry and think about what was said. AND YES, I get that maybe Kat’s case is milder than yours, but sorry, it is still bullying, and sorry, why the fuck do you not give a crap about it? 😐
Also his attitude towards Kat’s unhappiness towards cameras. I hated it, how can he not get that she might be not happy with it all? How can he be such a dick about it? He kept pushing her, telling her to stop being so bleh about it, like her dislike for being filmed is totally worth nothing. 😐

That was Oscar. Now I have 2 other things.
The first one is the whole Mom situation. We already had it in the previous book, but in this book it takes even more of a centre place, and boy, I hated it. I hated how Kat just couldn’t be honest with her mom. Why she couldn’t just say no. Why she can’t just speak to her mom about how she feels. Instead she keeps on complaining about it, keeps on worrying about it, and sorry, but that isn’t healthy. And also, it totally distracted me from the awesome ghosts and blogs, and of course the show.

Lastly, the thing that kept following Kat.
I won’t go into much details, but by halfway (maybe even sooner) I had a suspicion on what that thing was. In the end I was right, and I was totally pissed off. At Kat, but also at the whole situation. 😐 Really, is this all necessary to make this situation even worse than it already was? It was creepy, sure, but with each passing page, and each event that happened, I just started disliking it more and more, especially since I had my suspicions about it, and was preparing for disappointment.

The whole, let’s force a 13-year old girl who clearly says no, to be on the camera. I was just so angry at how the adults were treating Kat. The girl clearly doesn’t want to, but she is just being forced to participate, because that is what the bigger bosses want? Um, correct me if I am wrong, but isn’t Kat a minor? And if she says no, and her dad clearly all aboard with her saying no, why is this girl being forced to be in the show?

Phew, that is out of my system. Now I can tell you about all the good things. 🙂 Because there are still quite a few ones that I want to mention!

The ghosts, and the various things that the episode discussed. I must say I was a bigger fan of the waterfall part, it was creepy, spooky, and I felt terribly sorry for those campers. It was interesting also because it wasn’t a haunting per se, not with ghosts at least, but with residual stuff. Their feelings of despair, of hope lost, of sadness.
Plus it was fun that instead of a building it was something more open and outside. The previous stuff featured on the show seemed to focus on a building, or a spot by a building.

I also loved Kat’s blog, and to read about all she wrote there. She really has a knack for writing great, engaging blog posts. Now if only we could have also seen the photographs she had made for the posts. That would have been even more fun!

The show itself. I am a big fan of Paranormal shows, and I enjoy watching them. And this show sounds like the kind I would really enjoy a lot. Especially since they go all over the globe, don’t just restrict it to their own country. A lot of shows I have seen just tend to do that. But this one? We go to my own country (The Netherlands), but also to Brazil, Argentina, and who knows where in the next books!

The two new characters Abril and Thiago! I loved both of them, and I hope we will see them in the next books as well. Especially considering that ending, I think we will be seeing more of them, especially Thiago.

Jamie x Kat. Ah, I loved it in the previous book, but now I love it even more! They are so cute together!

Mi Jin, she is such a kick-ass character and she is truly brilliant! I love how she cares for Kat and Oscar, but also the fact she loves comics, facts about shows, and much more!

The cover also definitely deserves a mention as I love it! Especially those words that pop up if you move the cover (I want out!), brilliant!

What more? Mm, I think I have mentioned all I wanted to mention. So hereby, the book had some faults, stuff I didn’t like, but all in all, it was a good book and I did enjoy myself a lot! Plus I just couldn’t stop reading. 😛

And I hope that there will be more books about Kat and the show.