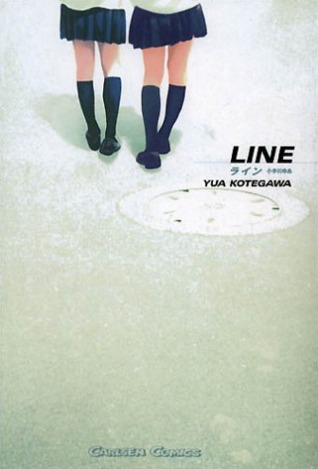 This was a pretty good manga. I wasn’t sure what to think of Chiko at first but she really showed a different side in this one. It was still a very sad, and at times disturbing manga.

I wasn’t sure what to expect of this one. The cover looked quite normal, and the manga started off pretty normal as well. Until the moment that Chiko’s found phone suddenly starts ringing and people start to drop dead. Yes. Drop dead. Apparently someone, wants her to save people. If she isn’t on time? They will commit suicide as planned.

As first you can imagine that Chiko is angry, in shock, sad, afraid. But later on you see a shift and she runs for her, and others, life to save them. She turns out to be indeed the right one to be chosen to save these people.

It was kind of weird that the suiciders didn’t put up much of a struggle. If someone is really dedicated to suicide, just one person won’t be able to stop them generally. But I read somewhere else that someone also had that problem/found it weird, and someone else replied on that something about cult or a suicide group pact. That they could step out of life if no one tried, but if someone tried they had to promise to give it another try.
It is quite interesting.

As I said at the start of the review, in the beginning I didn’t know what to think of Chiko. At points she seemed like she cared about not only popularity but also others (as she did distract those bullies), but on the other hand she seemed to thrive and bask in the popularity. But then when all this happens you see that she truly cares about people. But she also learns a lesson. To be kinder, to be more herself, and not hiding behind some persona.

Bando was the problem however. I also saw other people saying this, but Bando was just creepy. She actually LIKED the whole suicide stuff. She actually wanted to participate in the saving. She was wayyyyy to eager about it. Sorry, but what?

Then we also find out stuff about Bando (though none of it is a big surprise) but that never gets expanded/explained beyond the one: She is lesbian and has the hots for you. I did think this was a shame. Of course while they were saving I don’t expect them to suddenly explore some yuri stuff, but afterwards? It would have been interesting. Now it just felt weird that they mentioned it.

The ending? I am still not entirely sure if I like it, considering all the saving and what happens then. But it was an interesting one. I wouldn’t have minded seeing an alternative ending though.

All in all, a pretty good book, but oh so messed up and at times disturbing as hell.