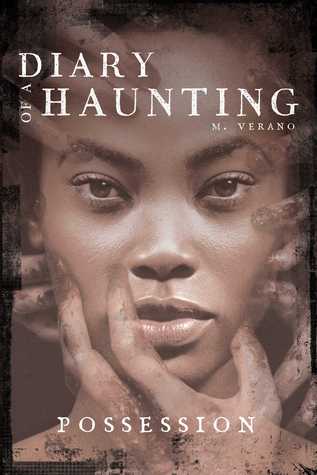 After reading the amazing first book in this series, about a girl whose house is being haunted by something/someone, I just had to get this book as well. Sadly, in the end it was not what I thought it would be, nor was it as good.

My thought when I saw this book was a possession, like the ones you see in movies, or the ones you read in really scary books. However while there was a bit of possession, or at least some hints to it (the nightmares, the black-outs, the vomiting of stuff that isn’t supposed to be in a body), it wasn’t what I expected. Especially as the book continued it just seemed that it was something different. Also the way it was solved… meh.

What was actually going on with the girl? Well…

Then there was the constant talk about God, God this and God that. I am a Christian myself, but I just found it too much, it didn’t feel right, and also a bit not fitting the book. Of course, in the end it might have fitted, but it still was not something I enjoyed much.

Our MC was also a bit of a bother at times. She just thought so high and mighty of herself all the times and it just annoyed me. Later on I began to like her more, and also sympathise with her. No one who believed her, everyone thinking she was just becoming crazy. She just wanted to sing, she just wanted to be someone, but instead this happened to her. 🙁 I did like how she tried to stay honest though, even when things went south, she did try to talk to people, she did try to seek help. Even if that didn’t help much, she did try. And not many people would say that they would do the same when they are in trouble.

The episodes, the images, they were disturbing, creepy, and unnerving. Especially the dreams, I just had to stop reading at times because they were too gruesome for me. And then the later parts were things really went wrong, o.0 wow.

It was also interesting to see how our MC went from normal girl to something different. The change wasn’t there right away, instead it grew and grew. Just like all the stuff that happened to her. And in the end all this shaped her to be someone else from how she was a few months ago.

I kind of missed the blogs. Quite soon they became private, and I was actually looking forward to the blog posts. It was one of the reasons why I also picked this book. So you can imagine I was a bit disappointed that we only get a few, and even those are filled with some creepy stuff, before we head off to the private section. 🙁

It was a shame that the book prologue spoiled what happened to our MC. 🙁 I hate it when it does that, I want to discover such things for myself. Now, when it finally happened, I wasn’t really surprised, nor was I shocked that much. I knew it was coming, it was just the question when. So as time went by, I just got used to the fact that was going to happen to her. It was still sad, and it didn’t happen when I had expected it to happen, but it did miss the effectiveness if I hadn’t known about it.

I really liked the mom and the grandma. They both were great characters and we learn a lot about them and what kind of characters they are. Often side-characters won’t get much of the spotlight, but in this one you really get to know them. Yay!

What more? Ah yes, I did like the letters, the forms, and other stuff that was shown around the later parts of the book. It gave more insight in what was going on with the MC, and also showed what people thought of her.

The book also picks a topic that is totally hot (and sad) in the US. The shootings of often innocent black people by policemen/women. It did feel a bit weird that it was added, but I guess given our MC, her colour, and her involvement it did fit quite well.

All in all, a pretty OK book, but I just had expected more of it. I hope the writer will make more books like this (and hopefully next time doesn’t spoil what happens to the character).