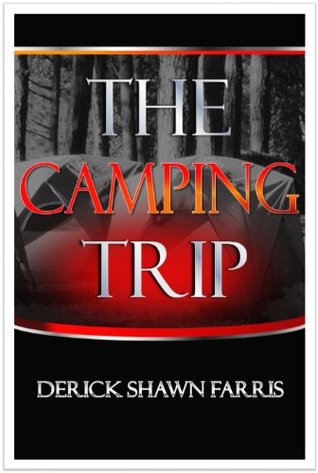 So on the one hand I think this was pretty terrible, but on the other hand it was kind of good? Even if it went total Twilight Zone on me.

Really, the beginning, the middle, it was all terrific, but then came the end, and I was just like what the hell just happened? I won’t spoil anything, but I am guessing more people will be feeling this way. And then that last page, what the hell? Sorry, but it was just too much weirdness and wtf-ness for me to think it was great.

I also noticed a lot of mistakes, spelling errors, but also sentences that didn’t fit, punctuation missing, stuff that was said at first, but then was contradicted a bit later, and several other things. Did anyone check/edit this novel before it was published on Amazon? I am deducing some points from my rating for that.

The book also switches between characters, which can be quite confusing. One moment you would have Carla, then Brian, then someone else. It got a bit mixed up.

My favourite character would be Brian. He was a really sweet guy, and I just felt sorry for him, multiple times even. He deserves/deserved better. 🙁

The idea was good though (well, at least right up to the ending when poop hit the fan and Twilight Zone started), a group of friends go camping at a spot that is well-known to one of them. There is romance, there is a surprise visit, there is hiking. You do notice fairly quickly that there is something wrong with the place, you can just feel it, even if you aren’t there in person, you just know something is wrong. I was just shouting at them to leave and to run away. To tell them this place is wrong.

Oh well, it was only 1 euro (the price of this book on Amazon), and I still did enjoy most of the book, so I guess it is not too bad. 🙂

Would I recommend this one? I am not sure yet. On the one hand yes, but on the other hand, no.