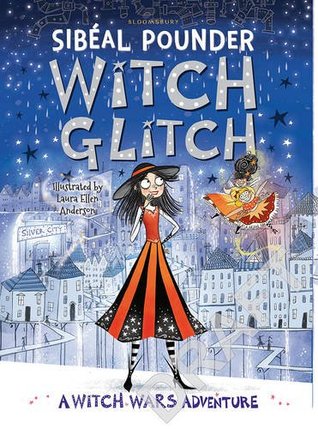 The last book in this series! Yes, I am guessing that considering everything is now truly completed (+ the message at the end of the book). There is a railway, some stuff that was bad got vanquished, things that were a bit unsolved are now solved.

However, I do have to say I didn’t like it as much as I did the other books. This mostly has to do with Lucy, a new addition to our cast, who thankfully wasn’t around much during the later parts which really improved the book. Sorry, I don’t mind a fan, but seriously, that girl should just have gotten the hint. Stalking someone, clinging to them like this, being a total toad about stuff? Not cool, not nice, not polite. She even freaking climbed into Tiga’s room at NIGHT. Whut? This is not how you treat your biggest hero. If you are a fan you should know how to act. Bleh. 😐

The next up is Fran. I already am a bit of a hater for Fran. But in this one she takes the spotlight even more and I just wanted to strangle the fairy. She is such an obnoxious, annoying, doesn’t seem to care about anyone, bitch. Sorry. But really, she just annoys me so much. And everyone just lets Fran walk over them, glittering them as she goes. She is easily jealous, needs the spotlight or people will get hurt, and much much more.

Now for the good parts!

Seeing Tiga again! Tiga is still my favourite character and I was so happy for her with what happened in the previous book (her finding her mom), and it was a lot of fun to see the scenes with her mother. She deserves some well-spent time with her mom after years of not having one.
I did feel sorry for her that she couldn’t see Peggy or Fluffanora that much due to her living far away from them.
Luckily the railway brings a change in that, and I was kind of looking forward to seeing her go to her friends. Instead she goes to her friends and then the real adventure starts with Jelly castles and wish witches.
Like the other books she is brave, she is fun, she is smart, but she is also still so much Tiga (in other words, still not always good with spells, a bit clumsy). I loved that even though she didn’t like Fran that much all the time she went to save her. Even though she had no plan. We saw this Tiga in the other books as well. She would always try her best, helping her friends even though she didn’t know all the spells, or all the things about the country.

The railway was a really nice touch. I am still kind of amazed that witches need such a magical railway to get to stuff. Flying apparently takes too long, and they apparently can’t teleport or poof themselves to a place. 😛
I also loved the fact that the railway went into the badlands, and that there was a carriage that would just drop off (you don’t want to be in that one, unless of course you want to fall off a railway with a carriage).

Felicity Bat. Yes, I didn’t like her much in the beginning, but she is such a terrific character now! Mind-reading, helping out (albeit a bit grumpy), and much more. She is such an asset now.

The wish witches and their secrets? I loved it! Especially the jelly castle (which I would so eat, why melt it when you can eat it). The witches were a bit mean, but I guess when you are stuck in a jelly castle for reasons one can get a bit mean. I laughed that they had a little pot for when wishes were fulfilled and one of them would get something of their hearts desire.

The newspapers (and interviews) they were a great addition, they showed what happened in the country, but also gave some insight in some stuff. I already loved those little parts in the other books. I had a big laugh at the umbrella part. Yeah, waving that around might not be a good idea. 😛

The illustrations that are abundantly everywhere were still wonderful and fun, and very glittery.

I can’t wait for Sibeal Pounder’s new book/series that is coming soon (evidenced by the ending page).

I would highly recommend this series to everyone!