I received these comics from the author in exchange of an honest review. 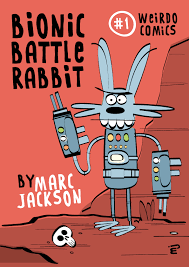 This will be a dual review for both the books. I will first shortly discuss the Rabbit one, and then Lenny the Lettuce.

Haha, the Rabbit one was definitely a lot of fun. Next time maybe Chester shouldn’t drink coffee so dangerously close to his work/laptop. 😛 It was funny to see him in this new world, his gameworld even. See him kick ass, because he thought it was just a dream. I am sure that in the end it might even help him with his coding. Seeing the world, seeing the bugs in front of him.

I am guessing those evil dudes, and that guy that Chester meets are bugs? Or did Chester code a bit too much in the wee hours of night and can’t remember doing that. (I know it happens to my boyfriend. He would want to press on to get something finished, but then later checks the code and is all like: What? Why did I think this was a good idea.) Or even better, the world is sentient and growing even without Chester knowing it.

The ending was fun, though I have to shake my fist, arghhhh cliffhanger. Now I want to know why that scary guy knows about Chester, and what is going on in the world. Will Chester get back? Will Chester be able to defeat the evil-, and creepy-looking guy?

The art was pretty fun, I do love that style. It is a bit simplistic, but I have to say that simplistic works perfect with this comic. 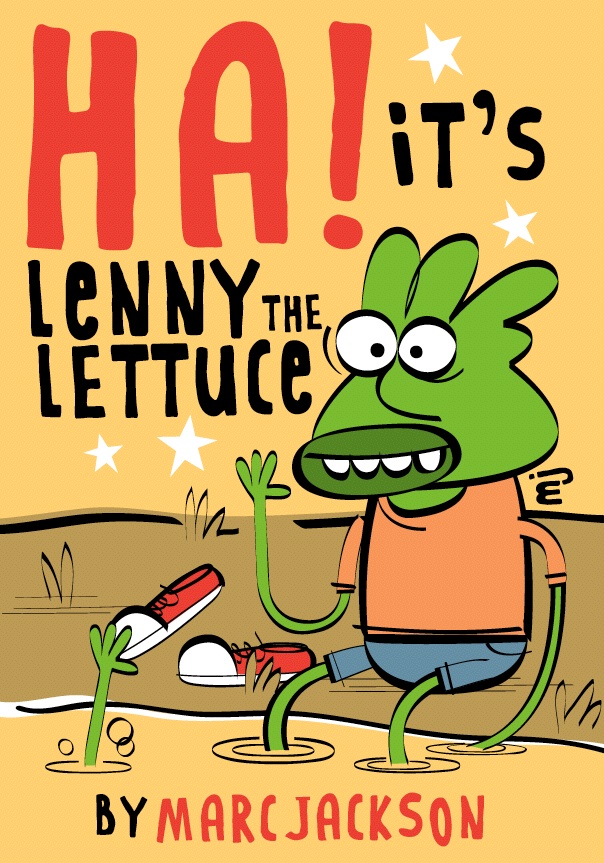 It also doesn’t help that Lenny is an idiot. And not a ha-ha idiot, but an annoying idiot, and it amazes me that people are so friendly towards him.

For me the jokes also fell flat. The whole I-want-a-pizza and then the reply that it isn’t there is something that gets used more often. But also other jokes just felt like I missed something.

Then they suddenly teleport to another dimension? Meet a superhero (who smells)? Meet a monster? Get back again? Whut? Sorry, but I am not sure what happened there, and why.

The style of the art is pretty much the same as the other comic, but for some reason it just didn’t work for me in this one.

All in all, maybe I would have enjoyed it more if I had know about Lenny before this one.