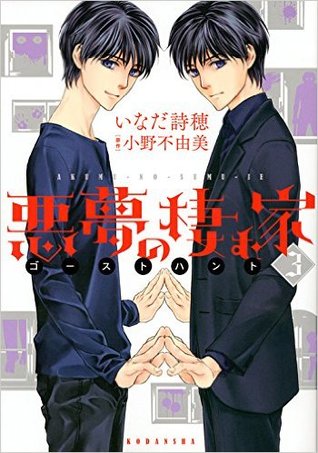 Yay, finally a new volume of this manga. It takes so long for these to come out, and I am just dying to read them.

Finally this arc ends. It was quite fun in the first one, the second was decent, but by now I just wanted it to be over and done. I can’t really recall any other arc of them to take so long. Then again I do hope that this doesn’t mean that with this arc ending that the manga is also ending. That would be a shame, especially with some stuff happening in this manga. Stuff that could easily be transformed into more chapters and volumes.

Like the fact that we meet up with Gene again! Yes, Gene. He is back, but only in a mirror, or reflecting surface! I was kind of pissed that everyone was saying that Naru was self-centred because he went back to the mirror all the time. Maybe if nobody had explained, but more than once it was explained why Naru did this, are they all dumb, or do they not want to see the truth?
And maybe it was meant as a joke, but I didn’t think it was funny. He is finally reunited again with his brother, and you all act like this? No.

Finally the big monster is defeated, finally things may settle down for once in this house. After all the death, pain, and hurt is now settled, and I was delighted that this may mean people can live in this house again. Then again, I wouldn’t be surprised if people won’t do that. Though there are always people who dismiss such things and just live in such a loaded house.

Mai also had her spotlight, and I loved what she did. She is so brave, such a difference from the first series.

Well, I can’t wait for the next volume to pop up. I want a new arc, though I do hope it won’t be as long as the arc in this one was.