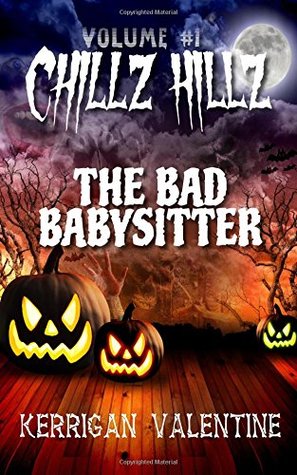 This was just a fabulous book, I was looking for something like, I am in the mood for some creepiness, and this seemed perfect. And it was! I will definitely be looking forward to the other books in this series (yes, there will be more, there is a preview for the second book at the end).

Andrew just moved to Chills Hills with his family. He has a brother who is still young, but also highly annoying. I do have to say that I didn’t like the brother at first, but then something happened at the babysitter and I liked the kid. Sure, he was creepy, but at least he wasn’t obnoxious and annoying.

Chills Hills is a strange place, there are pumpkins everywhere, some even carved for Halloween. At school Andrew’s class has an ooze as a pet (It eats cellphones!). And then there is the babysitter across the street, Mrs. Dritch. There are strange things happening at her place, some kids come back from her and they aren’t themselves. They are perfect little robots, at least that is how it seems. It is like they lost something.

So yes, Andrew was a fantastic character. He was brave, he was smart, he was mature, and I really liked him a lot. I was cheering for him through the book, and I also loved how he handled his brother (during the time when he was annoying).

The mystery, and what or who Mrs. Dritch was, and what she did. It was exciting, fun, and it was creepy.

Chills Hills seems to have a whole lot stories to tell, considering what Max told Andrew, and I do hope that this series will be a long one. Maybe with different protagonists, though I wouldn’t even mind if it was all Andrew (and of course Max and Casey).

This book also reminded me of Goosebumps, though the endings are better and less open-ended. Sure, there are some left-over questions, but there is no twist at the end, which is a delight.

All in all, I would recommend this book. Fun characters, great and creepy story, interesting world/town.