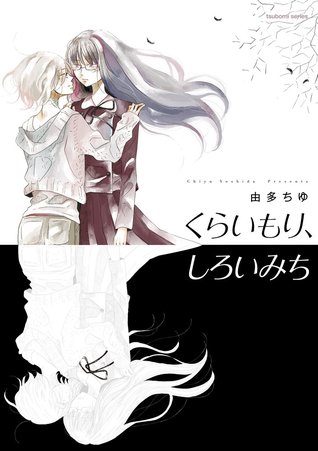 A strange, and weird manga.

It had so much potential but there is just so much that is odd. Like why our MC is so gloomy all the time (I guess she is depressed, but I couldn’t really find a reason why she is so gloomy, why she doesn’t search for help). Or why she is having such problems with her sister. We do find out some stuff, but it seems so nonsensical. Oh x happened when we were kids and now we hate each other? Whut? Sorry, I can believe sibling rivalry, I can imagine an argument. But one wrong thing, one misinterpreted look, and they have been at each other’s throat since childhood?

I was really hoping that Chiharu and Sou to hit off, and they did. Well at least Chiharu. In Sou I just couldn’t see it. Really, I couldn’t. Maybe at the end, but throughout the whole thing I was wondering why Chiharu was doing all this effort. Sorry, but come on. Sou was constantly being gloomy, she didn’t want to do a thing, she was aggressive at times. I wouldn’t have given it the effort. Maybe rude, but I am sure there are other people in the world who would care if I give them love. If I already loved, and have known a person for years (and no, I don’t count what these 2 had as that, as Chiharu clearly stated she was going to fall in love with the first who came here) I will definitely put in an effort to love that person, to help them out, to reach out. But, again, they also have to show they want this.

The ending and what happened there? Well, typical Sou reaction. I had actually hoped she would just jump up, grab Chiharu and tell her no. Instead she just wallows. 😐 And then she does that to her hair? Whut?

The art is quite pretty though I wish that Sou was drawn differently. I kept thinking she had an eye problem beyond the glasses. Why? She kept squinting.

All in all, this had so much potential, I have read enough manga this short that had a good, complete story. They could have used the epilogue for an extra romance scene, but instead they wasted it on the sister.