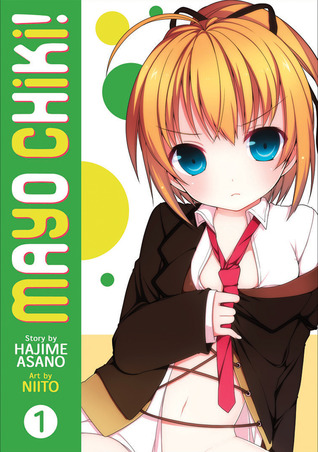 I got some volumes of this series in my big book haul on Saturday, but I didn’t have this one, so I had to search for it.

And boy, I am so glad I got most of this series, because it is just hilarious. I love most of the characters (I just have one that I don’t like, I will tell you soon who that is).

Say hello to Konoe Subaru, a butler, a boy, and also someone who has a big secret, and will do everything he can to protect that. Now, see if you can find out what is wrong in this sentence.

No? Well then, Subaru…. he isn’t a he. He is a she. She is pretending to be male. That is her secret, and that is something we find out quickly in this manga when our MC goes to the bathroom and spots Subaru there (she forgot to lock her door), luckily she is fast, but he has already seen her underpants (definitely female). A struggle ensues, as Subaru is quite, um, well, determined not to let the secret come out. Only in turn she makes it worse for herself. Not only because he felt her boobs when she bounced against him, but also because he got a nosebleed. And he only gets those with…. yes, girls.

And thus the story is set. Jirou has to keep a secret, a secret that NO ONE can know. Not ever. Well ok, at least during High School. You will have to read on why Subaru has to keep this a secret, why she has to crossdress.

Along with Subaru we have her mistress, Kana-chan who looks like the typical cute princess-type, but actually has quite an evil personality underneath and will scheme and plot. Jirou quickly finds out that this girl is best to keep befriended. 😛 And even then he might fear her.

We also find out why Jirou has a phobia for girls, and boy, I just felt so sorry for the guy. 🙁 Getting beaten up daily, who the hell does that? Why would anyone do that? That is just abuse, no other word for it, and I hated the mother and the sister for doing that to Jirou.

Yes, we come to the character I hate. We don’t see much of the mom, but we do see a lot of the sister, and from the get-go I hated her. And I am not really hating her less, because with each page, with each violent tendency I just want to tell her to stop, to let her brother to be normal and at peace. Not only does she do violence, but she is also telling lies to people about her brother. And lies that could make him end up in jail if anyone would believe them. 😐

Now back to more fun parts. The whole school believes Subaru is male, so what do you get when Subaru and Jirou do more and more together? Yep, people thinking they are dating. And thus we have 2 sides. On the one hand you have the fanclub that hates that Jirou is taking Subaru-sama away, but on the other side you have the BL-loving fanclub who is totally fine with Jirou x Subaru-sama, especially as they can see that Subaru-sama is getting happier and showing a few more smiles than before.

And even if Subaru dresses as a girl…. no one believes her, as they just think she is crossdressing. 😛 This ought to be fun when she is finally done with school.

There are a lot of hilarious situations, often based on misunderstandings, but more often just normal situations were stuff goes the wrong way.

There is a bit of ecchi in the story, but not that much.

What more? Mm, I love the art in this manga, it is so much fun. Though I wish the artist had drawn Subaru, especially in the beginning, a bit more androgynous. Even without reading the blurb (or knowing the anime) it was clear to me that Subaru was a girl.

I also can’t wait to see how it will continue, Subaru still has at least a year to go (plus the months of the second year), and she is growing fast. I do wonder how long she can hide her breasts without binding them too tight.

Plus I also love the backstories each character has.

Well, I can’t wait to meet more characters, and also to see if Jirou gets over his phobia. Plus I am so rooting for Subaru x Jirou. Kiss! Hug! Go go!