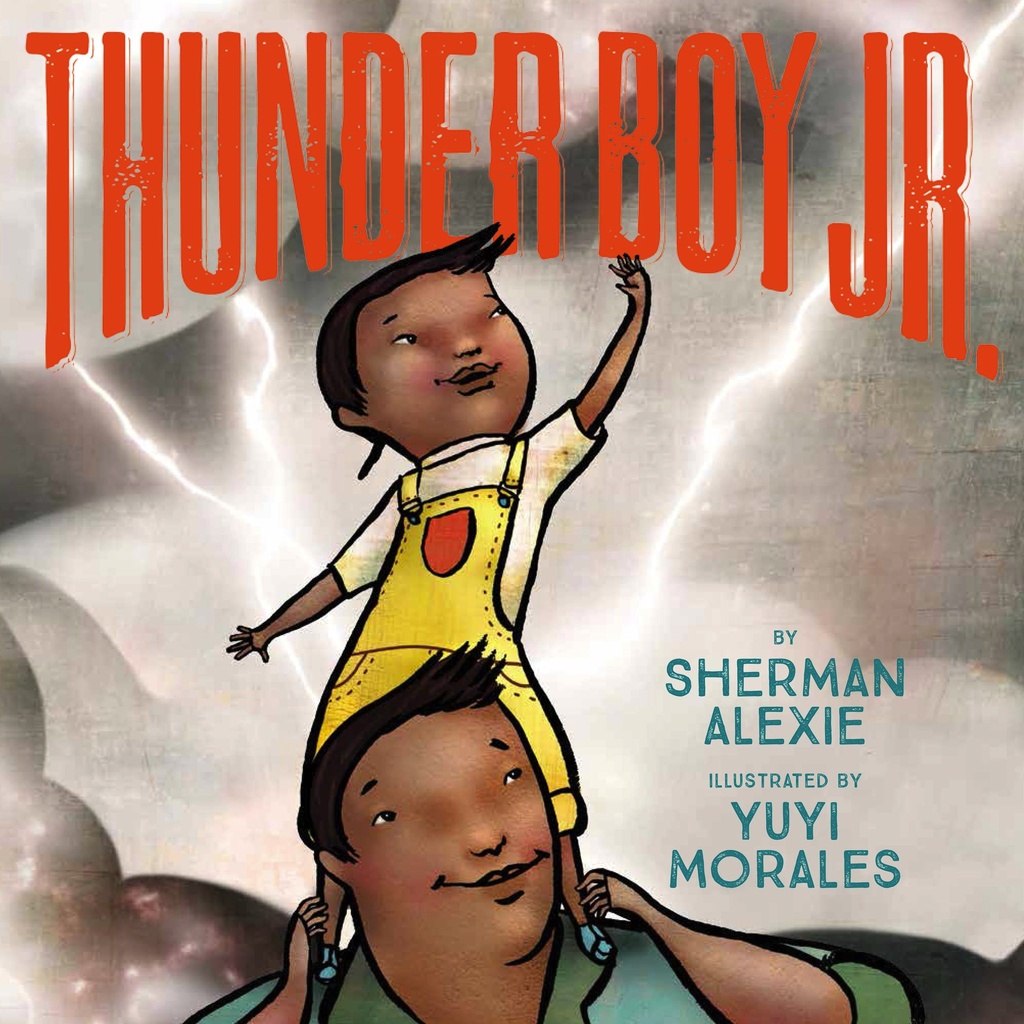 A cute book about a boy who has an awesome name, but it is the same as his dad (just with him being Sr. and the boy being Jr.).

At first we learn to meet the little boy, and see him and his sister have a great time. Then he tells us about his name, and at first you think, WOW, what a name. But then you hear his dad has the same name, and I can imagine that this little kid want a name of his own. Especially since he always gets called Little Thunder.

And so the quest for a new name begins. We see him tell us about all the amazing feats he has done and what his name could be. Most of the names are typical names for what kids would pick. But some are actually quite fun and nice.

In the end there is a solution, but it isn’t because of the little guy and his quest. His dad steps in, and well…. you will have to see what happens there. It was a very lovely ending if I have to be honest. I am happy that the dad also understood how it felt to have the same name. And that he was so kind to do that.

The art is pretty decent and fun, I do like it.

All in all, a pretty fun book about a little kid searching for a new name, something that is truly his. And which isn’t a normal name, like his little sister or his mother have.

I would recommend it!