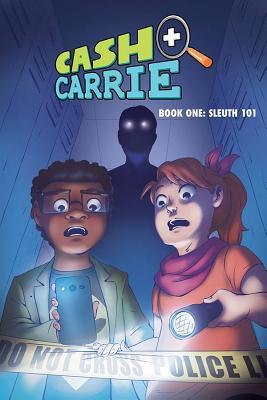 Well….. this was a bit of a disappointment. I still liked it, hence the 3 stars, but I am not sure if I will buy the next volume.

What I expected was a continuous story, one art style. What I got was that each chapter had a different story, AND a different art style. I loved the first 3 chapters’ art, however I hated, dreaded seeing, the art in the last 3 chapters. My Lord. Terrible. 😐

And then the story, or should I say, random stories, that might connect, though I didn’t see much connection with the exception of the goat, and the fact the city was just weird. The stories were quite good, at least the idea, but the execution, and how it ended? Quickly, and often it felt rushed. Which is a shame, if it was fleshed out a bit more it could have been so much more.
The last chapter isn’t even a story, but more of a yearbook thingie, and while I did like it a lot, it was still a bit of a shame it wasn’t another detective story. I didn’t even notice it was chapter 6, just thought it was an extra thing at the end.

The characters were fun, and I really liked both of them. I would have liked a bit more backstory on how they met, how the made that club of theirs, how they got into detecting, who they are, what their ages were, and several other things, because those are all important things, and we just jumped right into a story, as if all that didn’t matter. And that is just a shame. I see it happen more often in comics. You just get thrown into a story, and oh hey, these are the characters, and have fun. 😐

But all in all, I still did enjoy it. The idea was good, some of the stories were decent, but there is still a lot that can be added, still a lot that I missed. And I just wish they would keep to one art style, and not change it up all the time.