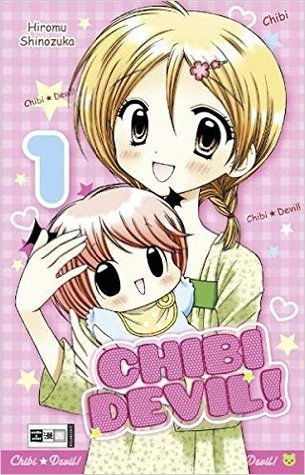 I have decided to continue with this series. Thankfully Egmont Manga brings this series out in German! So I will now slowly buy new volumes every month until I have them all.

I know, I said I wouldn’t continue, BUT, back when I read this volume the first time the anime was still airing, and since it follows the manga oh so well, it was just boring. But now, 2, almost 3 years, after it aired? I do remember a lot of details, but I am also really eager to see Honoka, Shin, Mao-chan again. So I will continue to read this one.

I do have to say that, especially in the beginning, I didn’t like Honoka that much. She is so whiny, runs away all the time, cries at everything. Sorry, it just got a bit annoying. But later on, thanks to Mao-chan, she regains quite a bit of her confidence. She is still shy as hell, but she is stronger and more willing to speak up. I hope that, just like in the anime, she will get stronger and stronger.
I did like her when she was with Mao. She was so sweet and happy with him. She is quite young, but already her mother instinct is very much present. She made Mao-chan laugh, she cared for him, fed him, bathe with him. She is a wonderful mom, and I can imagine that those 2 demons have picked her to watch Mao-chan for them.

Shin, ah yes, Shin. At first I totally hated him. He was rude, loud, didn’t seem to care about people, shouted a lot, but thanks to Mao (yay for Mao-chan) he is slowly changing bit by bit. Trying to be more calm, try to be kinder. I loved how at first he was all acting meh towards Honoka that later on he was protective, sweet, kind towards her. He does make the perfect person for the father role.

We also see 2 villains, I did laugh at what they tried to do, I know, it wasn’t a nice act, but the way the did their stuff? Over the top and silly. You just knew how it would end each and every time. A bit like Team Rocket. They are doing bad stuff, but you know what will happen at the end when the good guys come in.

The kindergarten director and assistant, I loved seeing both of them again. I had quite a laugh at the reaction of Honoka and Shin when they first met him. Though then again, I think I would have the same reaction. He does look like a stranger, one to avoid.

What more? Well we also meet up with the 2 other babies and their moms. I can’t wait to see more interaction between Mao-chan and the other babies. I do remember that it was often quite fun to see them together.

The art is still oh so much fun, the characters are all drawn very well and in a fun way that fits with the story perfectly.

All in all, a great volume, and I can’t wait for volume 2 to be delivered (but due to Christmas it won’t be here until next week). I would recommend this manga to everyone looking for a hilarious, magical story about a demon baby and his new parents and his life on earth.