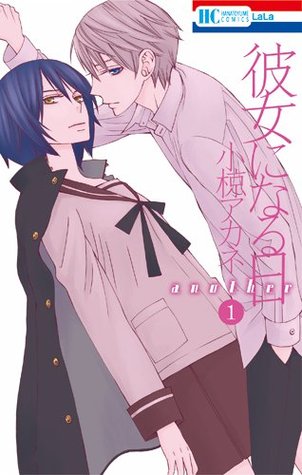 Apparently boys can change into girls if there is a lower number of girls in the world/country. Our MC is one of those boys who change into a girl. However, she is very much against it and still acts, dresses, and everything else as a boy.

On the one hand I am happy she stuck to his guns, on the other hand… I had hoped that she would change a bit more than just blush at random times, and buy a training bra. Though I am hoping they will. It would be fun to see her be more accepting of it. Of course it might be a long road.

Our MC always looked girly, and that is quite helping him with hiding it. No one suspects he turned into a she. 😛

We also have a love triangle, but unlike a lot of stuff with love triangles, I have to say that I quite liked it in here. The MC’s crush (a girl, who was a boy) loves our MC, our MC likes her back. Then we have the best friend (I would call him that). He likes our MC, and our MC is also slowly starting to fall in love with him, though she is fervently denying it (though we can all see what is going on).
I do kind of hope that our MC will pick the right person, and won’t hurt the other in the process. I am worried about that quite a bit. Though I think that the MC’s first crush knows about it. There are just little hints here and there that point to that.

The art is pretty OK, not always too good, but I do like the faces of the characters when they blush or make some kind of expression.

The cover is pretty interesting. You can see the MC wearing a girl’s uniform, probably to indicate that they changed to girl, but you can also see the coat of the boy’s uniform over it, I am guessing to indicate that despite everything they still feel as a boy.

All in all, I will probably continue this manga, not now though, but soon.