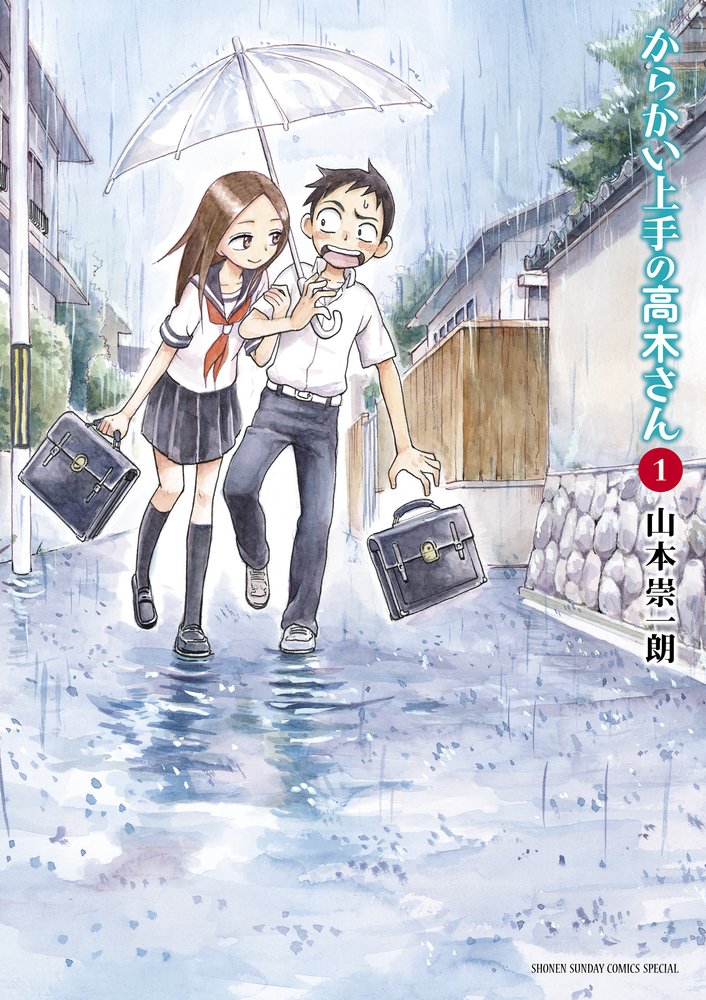 I had spotted this manga several times already but never got to reading it, well until yesterday that is!

And boy, I am glad I finally read it as I love it so much. It is a silly, slice-of-life with some hints to romance. We have our MC Nishikata who gets teased constantly by Takagi-san who is sitting next to him in school, and also often walks/cycles the same route back home as him.

Now I hear you say, teasing? But that is not that nice. Don’t worry, it is all good play, and it is all friendly. I might even say she probably likes him (though she won’t say it out loud). Nishikata is just easily flustered and easily tricked (he isn’t really the smartest).

I laughed so hard when he would try to trick Takagi, only to be counter-attacked with a trick of her own. So far, the first volume, he hasn’t yet managed to trick her without getting a counter trick back. For instance she would pretend not to know what it is called when two people (boy/girl) share an umbrella, which brought on a very flustered Nishikata. 😛

The teasing, the jokes, they are all quite funny, and I am amazed that Nishikata is falling for them all. You would think he would get a bit smarter, or think better jokes, but so far it is failing. I hope that in the end he will be able to trick Takagi, even if it is just for one time.

I will definitely read this manga further as I want to know if they get together in the end. They should. They make a cute couple. 🙂

The art is also pretty great, but then again I did love it as well in another manga of this mangaka.

I would recommend this manga if you are looking for a funny, cute, silly manga.