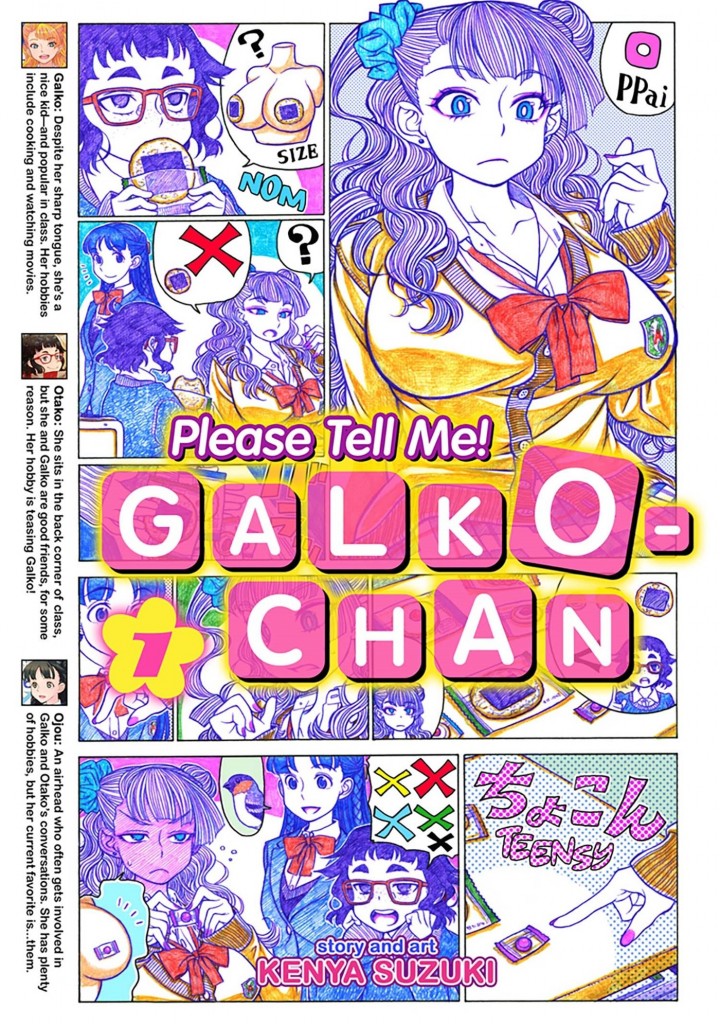 It took a bit longer for this manga to finally come out, but now I finally had the chance to read it. And it was so awesome!

Meet Galko, Otako, Ojou. (And also some other classmates of theirs.) These 3 are friends, yes it seems unlikely as they are quite different (though they have common interests), and we see their lives. Otako likes teasing Galko (because Galko has such funny reactions, though I think at times Otako goes too far with her joking, like that one time about Galko and her being a mom). Ojou’s world is quite vastly different from our other girls and it is quite funny to see how she reacts to things. Then we have Galko, my favourite character. A fun girl who still does her best at school even if she oversleeps a lot. Everyone expects her to be x and y, because she is a gal, but actually that is often wrong. Like for instance when she came at school all tired, and everyone thought she had a busy gal night, she was actually watching the anime she got from Otako. 😛

The manga is full of questions/topics, topics that vary from normal (teen) topics to slightly more adult questions like boobs, nipples, butts. Questions about underwear. And we see our characters answer them. At times they drift away from the topic (often because of Oujo and her randomness), like a topic about condoms suddenly found itself be about scrunchies because Ojou thought they were talking about that.

The only thing that was a bit annoying/boring were the parts on the side of the page. Each of our characters (generally the 3 girls, but sometimes others) got a bit of an intro and what they did/wore/got with that topic/question. Why was it boring? Because it often repeated itself. At least the first part of it. Annoying? Because I would have to turn my book to read them. It distracted a bit from the topics/stories.

It seems the whole first season of the anime is this one volume, and they sure did a great job capturing everything they could. I can’t wait to see what the second volume will bring, as that will all be new for me (unless they also used a few parts from that for the anime).

The manga is also full colour which is a nice change from the normally black and white manga. I was definitely surprised to find out that it was like this. I was thinking it would just be black and white, but no, the author decided to be awesome and make it full colour!

Definitely would recommend, though be warned, some of the topics/questions might be a bit well, dirty.